Vice-Prime Minister and Ministerial levels of government have something to argue about. 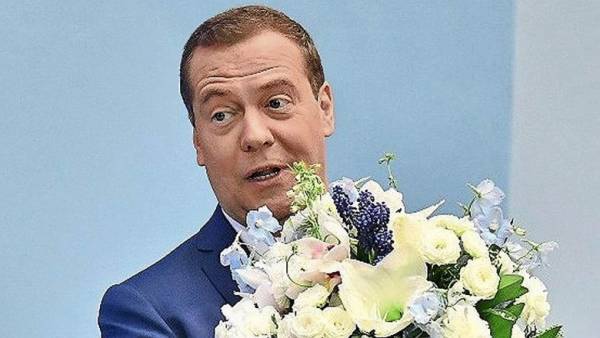 The new government of Russia on may 23, may meet in its first meeting — a decrees on appointments it was signed on Friday by President Vladimir Putin. The main feature of the new White house — most Deputy Prime Ministers and supervise their Ministerial career have little to do with each other and can easily have different views on the key issues to be addressed. If differences can be overcome quickly, previously not openly declared in Russia, but it is appropriate in the public administration principle — change of Manager does not mean the resignation of the employee could change the rules of the game throughout the administrative apparatus of the country.

The President signed decrees appointing Vice Prime Ministers and Ministers — the government of Russia appointed. The first meeting may be held on 23 may. Most Ministers in the new government, who previously worked at the same places, however the structure of the government due to the change of Vice-premiers (remember, their powers are yet not precisely defined) has changed, contrary to expectations and conventional in the administration practice, “comfortable” for the Vice-premiers their assigned chapters of the ministries in the White house virtually no.

Social Deputy Prime Minister Tatiana Golikova on Friday provided the teams of the Ministry of science and Ministry of education of the two leaders — the Minister of higher education and science, who led earlier FANO Michael Kotyukov and the Minister of education, previously led a single Ministry of education and science, Olga Vasiliev. However, it is difficult to say to what extent Mr. Kotyukov can be considered a subordinate of Madam Golikova: the “scientific” part of the new Ministry, as the scientific activity of universities to the social sphere belongs only conditionally, and the curator of science as a separate sector of the economy will be determined only after the signing of the document on the division of powers between the Deputy Prime Ministers.

Two other areas Tatyana Golikova — the Ministry of health, which again was headed by Veronika Skvortsova and the Ministry of labor, headed reassigned Maxim Topilin. The two Ministers worked in siblot supervised by Olga Golodets, who had on a number of key issues opinions, not coinciding with the position of Madam Golikova and the financial and economic block of the White house, particularly on retirement age, pension savings, according to the strategy of increasing spending in the social sphere, and the pace of reform in health care.

In turn Olga Golodets will have charge of the direction of the two reappointed Ministers — the Minister of sport Pavel Kolobkov and head of the Ministry of culture Vladimir Medinsky. Large differences are not yet in sight, however, the problem here may be the section of authority to Vice-Premier level. In particular, the role of sport in understanding the White house is not only functioning, but also the construction of stadiums and sports facilities, which were previously supervised by the Deputy Prime Minister, Vitaly Mutko, he now oversees the White just construction. He, in turn, will have to reconcile the positions with the new Minister of construction: instead of Michael I in the Ministry of construction appointed Vladimir Yakushev, Tyumen independent and strong Governor.

Industrial Vice-Premier Dmitry Kozak will have to coordinate the work of two “perenaznachenie” — Minister of energy Alexander Novak and Minister of industry and trade Denis Manturov. Both of them have long been established independent relations with the major state-owned companies, Prime Minister and President, and on this basis the differences between the Deputy Prime Minister and Ministerial levels is possible. The Minister of natural resources Dmitry Kobylkin, who succeeded Sergey Donskikh, previously the head of the Yamalo-Nenets Autonomous Okrug, obviously, also with a complex and established relationship with the leadership of “Gazprom”, “Rosneft” and other oil and gas companies. Denis Manturov to the same part of its activities will be overseen by the military Deputy Prime Minister Yuri Borisov, however, here the responsibilities are divided in a natural way.

Head of Rosselkhozbank Dmitry Patrushev was appointed Minister of agriculture, head of direction — agrarian Deputy Prime Minister Alexei Gordeyev. To say anything about their possible interactions is difficult, and about which views on the development of the digital economy, implemented by “digital” Deputy Prime Minister Maxim Akimov, to split or not to split Konstantin Noskov, Minister for the digital transformation and communication. However, with him, and supervised the new Minister of transport Eugene Dietrich Mr. Akimov has good experience in project office. If the science out of the education depart in its management, the Deputy Prime Minister will also have to reconcile the positions with Mikhail Kotyukova. It is unknown whether they are: in the Russian Academy of Sciences traditionally looks for innovation is quite radically different from the government. Perhaps largely spared from disagreement with a subordinate Deputy Prime Minister and presidential envoy in the far East Yury Trutnev: the new head of Ministry appointed by the Governor of the Amur region Alexander Kozlov, although there may be differences. With no formal curator of a new head of Minkowksi: Lev Kuznetsov was replaced by Deputy chief of the presidential administration on international and cultural relations with foreign countries Sergey Chebotaryov.

Did not remain without potential disagreements with subordinates and first Deputy Prime Minister Anton Siluanov in his unit is part of the Ministry of economy, where reassigned Maxim Oreshkin. The Ministers of economy and Finance in 2017, workers regularly had disagreements on the big issues, the largest of which was the “tax maneuver”, the VAT increase with lower rates disbrow.

It is, however, quite natural: the differences of economic and financial departments, which former first Deputy Prime Minister Igor Shuvalov proposed to unite for the termination of disputes, are largely driving the internal conflict of a considerable part of the governments in the world. However, first Deputy Prime Minister obviously will not conflict with the Minister of Finance, because Anton Siluanov is both.

The appointment of the President in the power unit asensation. Foreign Minister Sergei Lavrov, defense Ministry Sergei Shoigu, the Ministry of justice Alexander Konovalov will continue to work. Vladimir Puchkov, the emergency situations will be replaced by the Deputy head of the FSB and former acting Governor of the Kaliningrad Evgeny Senichev.

Finally the structure of government established external appointments: in the “expanded government” de facto part of the leadership of the FSB, the Prosecutor General and the Investigative Committee, and the curators of the White house from the presidential administration.

Here, the key issues discussed in the corridors of power, the future head of the legal Department of the presidential administration of Larissa Brycheva and economic aide Andrei Belousov. However, any obligation to change anyone in these positions of Vladimir Putin in connection with the new government there.

At the head of the White house, the Vice Prime Minister Konstantin Chuichenko first Deputy will be the former chief of staff Sergei Prikhodko. It is a rare case of a formal downgrade official in the government, despite the fact that this is a fairly common international practice, and does not indicate the availability to him of distrust or claims.

In General in the new White house, not too radically changed the personnel structure, the main change fundamentally is the informal non — application of the principle according to which a new head of insists on the principle of forming teams of people with whom he is comfortable to work with and gets it. If the new Ministers in the government of Russia will not apply the same principle in the appointments of the Deputy Minister (professional competence is less important than the competence of Ministers), the Executive will win this, although quiet administrative revolution. The idea that the resignation of a subordinate or supervised in the government, a meaningful cause, but a reluctance to interfere with an employee for such a reason is not, of itself, — for Russia, fresh, unusual and even somewhat subversive idea.