Reuters: Mexico expressed protest in connection with the statements trump on migrants

TASS, may 18. The Mexican government expresses its protest in connection with the statements of the President of the United States Donald trump about illegal migrants. As reported on Thursday, the Agency Reuters with reference to Minister of foreign Affairs of Mexico Luis Videgaray, the foreign Ministry is preparing to send a note of protest to the us side. 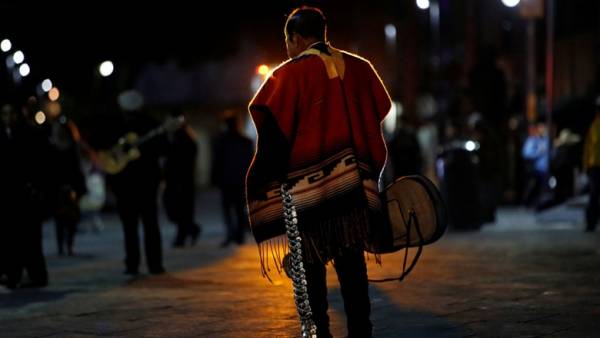 “President trump talked about some of the immigrants, perhaps he meant criminal gangs, … as animals, not as people said Videgaray in local television. — According to the Mexican government, is absolutely unacceptable, and we gather today to formally notify the U.S. Department of state”.

On Wednesday the American leader spoke at a round table on the issue of granting of authorities California asylum immigrants. Commenting on the statements of one of the participants of organized criminal group MS-13, trump called its members “animals”. After the meeting, CNN, CBS, the New York Times and other liberal media have written materials in which he accused the head of state insult of undocumented immigrants. In turn, conservative TV channels and the press asked his colleagues to refer to common White house transcript and “not to take words out of context”.