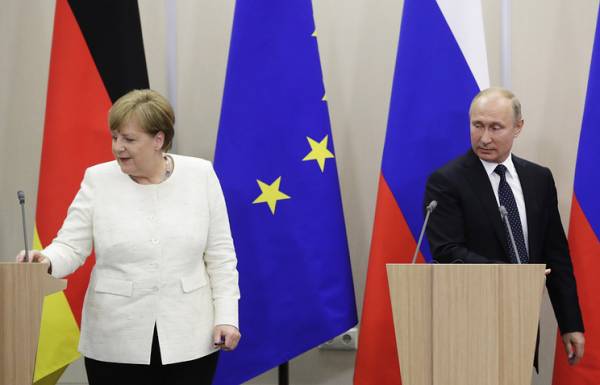 SOCHI, may 18. /TASS/. The President of Russia Vladimir Putin considers it important that any aid to Syria were in coordination with the authorities of that country. The Russian head of state said that he discussed the Syrian settlement, the situation in the middle East and the US withdrawal from the deal on Iran’s nuclear program with German Chancellor Angela Merkel.