Poroshenko announced a change in the status of Crimea

MOSCOW, may 19 — RIA Novosti. The working group of the Constitutional Commission of Ukraine will soon finalize amendments to the basic law of the country relating to the status of the Crimea, said the head of state Petro Poroshenko. 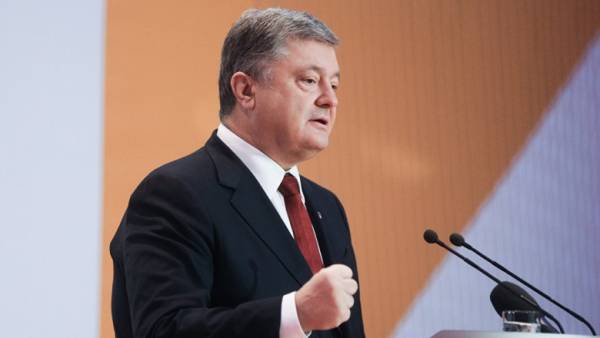 “During the year the working group set up by the constitutional Commission drafted proposals for changes in section ten of the Constitution of Ukraine. They should fix the inalienable right of the Crimean Tatar people as an indigenous people of Ukraine to self-determination within an independent Ukrainian state. It is this the right group proposes to recognize the source of the special status of the Crimean autonomy as an integral part of a unified Ukraine”, — said the President.

In the case of Crimea, a situation that poses a threat to the sovereignty and territorial integrity of Ukraine, the head of state will have the right to enter on the Peninsula a “special regime” and to appoint a special public official.

Also, the working group proposes to establish on the Peninsula a separate representative body of the Crimean Parliament, which would represent the interests of all residents of the region.

Earlier it became known that Ukraine has released calendars for the world championship on football in Russia, where Crimea marked as Russian territory. The SBU said that stopped the spread of illegal Souvenirs, removing all calendars.

The Crimea became part of Russia after the March 2014 referendum. Then, for the annexation of Crimea to Russia voted more than 96 percent of Crimean people. Ukraine considers the territory occupied. The Kremlin has repeatedly said that the democratic choice of the residents did not violate international law and the UN Charter.