The number of species is certainly venomous terrestrial plants on the territory of Russia is most spread in lowland steppes. 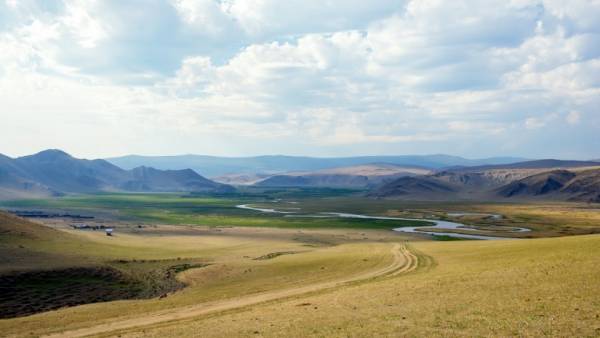 The staff of the biological faculty of Moscow state University. M. V. Lomonosov was determined in some natural communities (biomes) on the territory of Russia the variety of poisonous plants the most high. In the first place was the steppes, the second — the mountains and deserts. Article about it was published in the scientific journal “Arid ecosystems”.

In Russia there are about 400 species of poisonous plants. They are divided into toxic and conditionally toxic of course.

The first group includes those species in which toxic substances are only in certain times of the year. Definitely poisonous are those plants in which toxicity is expressed constantly.

Authors of a scientific paper chosen from the four hundred species 82 definitely poisonous, belonging to 34 families. Statistics for 55 certainly poisonous species of the genus Aconitum(Aconite), are not included in this number were counted separately, as the vast majority of Russian Aconitum is found only in the far East. Data on distribution of each species was taken from atlases and identification guides of plants in the regions of Russia.

Comparing areas of growth of each species with the biomes, at least in part within its area, geobotany received picture of the distribution of course poisonous plants.

It turned out that the greatest variety of hazardous species in the lowland steppes of the black sea-Ciscaucasian and Zavolzhskaya-Kulundinskoe biomes present 70 percent of all species of poisonous plants of Russia.

A little less of them in the plains of the desert, littoral biome (60%) and lowland forest-steppe Dnieper-Volga, Tobola-Priobskoye, TRANS-Volga and Crimean-Caucasian biomes (from 51 to 59 percent). Up to 65 percent of the recorded species can be found in the mountains of Crimea, Caucasus, Altai, Sayan mountains, Primorye and Sakhalin. Half of the plants from the list found in mixed forests and taiga. The smallest variety of species of poisonous plants have in the tundra.

Originally biologists thought that the most poisonous species grow in the biomes with the least humidity. It is known that many plants of dry habitats produce poisons or substances with an extremely unpleasant taste, to protect themselves from being eaten by animals. The fact that in the conditions of lack of moisture plant regeneration is hindered, and must by all means to avoid it. However, the statistical analysis showed that the humidity of the environment does not affect the number of course poisonous species in the biome.

The main role is played by temperature. The higher it is, the more in the area of dangerous plants.

However, some are definitely poisonous plants, wild rosemary, horsetail and milestones poisonous — found in wet places almost regardless of the average temperature of air in them. And species diversity of Aconitum in the far East, as it turned out, is not determined by climatic conditions and remoteness from the centre of diversity of the genus is the Manchurian forests.