USA summed up the “Russian intervention” in elections 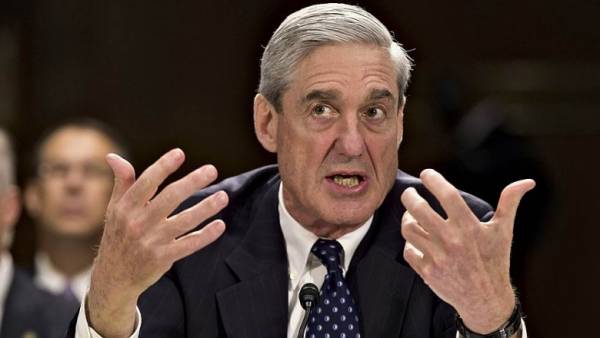 17 may marks a year since spectracolor USA Robert Mueller started an investigation about alleged Russian intervention in the US presidential election in 2016. On this occasion, Mr. Muller and other departments began to draw some preliminary conclusions. The Senate and House of representatives of the U.S. Congress have completed their investigation came to the conclusion that Russia should interfere in the electoral processes. However, lawmakers disagree on whether there was collusion between the President of the United States Donald trump and the Kremlin and could Moscow to influence the outcome of the vote. In this regard, spectracolor intends to continue to seek the truth, to prove the effect of “hand of Moscow” on the election of Mr. trump.

In 2013, Robert Mueller resigned as Director of the FBI for four years worked for the state. However, a year ago, the U.S. Department of justice decided to investigate alleged intervention of Russia in the United States presidential election of 2016 we need to find a professional. In the end, may 17, 2017 Robert Mueller started responsibilities of spectacular, getting together with position with broad powers to conduct the case.

During the year Mr. Muller managed to bring charges against three Russian companies, including “online research” and “Concord Management and Consulting” Russian businessman Yevgeny Prigozhin, as well as to blame the 13 Russians in the “conspiracy to commit fraud against the United States”. Among the accused were Russians and Evgeny Prigozhin.

For a long period of investigation, however, has not yet given a clear answer to the question of whether there was collusion between Donald trump and the Kremlin, and whether Moscow could affect the results of the presidential elections.

In this regard, Robert Mueller continues proceedings. So, on may 16, he announced that his team will prepare the order of 2 terabytes (TB) materials about company “the Concorde Management and Consulting” and present them at the next session of the court, when the company will defend itself. Materials are collected based on the analysis of social networks.

On the eve of the anniversary of the appointment of Robert Mueller and other agencies, conducted their investigation, began to publish materials pertaining to the case and to draw some preliminary conclusions.

Thus, the Legal Committee of the us Senate on Wednesday has published over 2 million pages of materials about the Russian intervention and thus concluded its investigation of the case. Basically it is an interview with members of the Committee with people suspected of having ties with the Kremlin. For example, among the materials there are questioning the son of an American President Donald trump Jr., who is 9 June 2016, met with Russian lawyer Natalia Veselnitskaya in the Trump Tower. The Democratic party suspected that during the meeting MS Veselnitskaya through the son of Donald trump transferred to the headquarters policy dirt on Hillary Clinton, presidential candidate of the Democrats.

Also among the documents is the testimony of witnesses and the organizers of this meeting: journalist Glenn Simpson, Vice-President of the Russian holding Crocus Group Irakli Kaviladze, translator Anatoly Samodurova, American lobbyist Rinat ahmetshin and PR Manager Rob Goldstone. They were questioned in the period from 22 August 2017 to March 29, 2018.

In particular, Mr Akhmetshin in his testimony, says: Natalia Veselnitskaya in 2016, announced that the founder of Hermitage Capital William Browder donated money to the headquarters of Hillary Clinton and the national Committee of the US Democratic party. However, Donald trump Jr. was asked to back up this information with evidence and to show “how this money will be transferred to Hillary.” Mrs. Veselnitskaya replied that she had no such documentary evidence. “The meeting, in fact, ended there,” — said Russian lawyer in testimony to the Senate.

The meeting was also attended by the son-in-law of U.S. President Jared Kushner and by Paul Manafort, then held the position of head of election headquarters of Donald trump. They refused to give evidence to the Committee, but other members of the conversation with Natalia Veselnitskaya say that the son of a President was “somewhat outraged” and “even angry” that the lawyer has the evidence of her words. Anatoly Samodurov, in turn, stressed that at the meeting nothing happened, “what could reasonably be considered a conspiracy between the electoral headquarters of the trump and the Russian government.”

By Paul Manafort, although he refused to testify, was transferred to the Legal Committee his notes from the meeting. Unlike other participants in the negotiations with Mrs. Veselnitskaya, Mr. Manafort mentions in his notes, Hillary Clinton. The record is dedicated to William Browder, and the question they are presumably talking about his financial Affairs, which Mr. Browder was sentenced in absentia to nine years in prison in Russia.

“Bill Browder; offshore companies — Cyprus… 133 million shares… the company… not to invest the loan… the value of Cyprus as an international… illegal… active sponsors of the Republican national Committee…” — these words are contained in the passed Paul Manafort the notes.

“Unprecedented efforts to interfere in elections”

Us media also said that the Central intelligence Agency, national security Agency, Federal Bureau of investigation and the office of the Director of national intelligence jointly stated that “a high degree of confidence” can speak about “intervention of Russian spies on the orders of President Vladimir Putin.”