The US state Department: Ukraine will not be able to return Crimea and Donbas

Special envoy of the US state Department in Ukraine Kurt Volker said in a BBC interview that the Kiev will not be able to return the “occupied Russia” territory. Those in Ukraine are considered to be the Donbass and the Crimea. 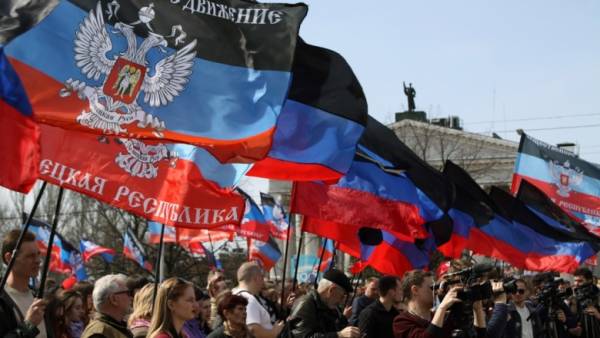 “Of course, Ukrainians will not be able to return the territories that are already occupied by Russia. Russia is too strong,” said Walker.

He noted that the United States may supply Ukraine lethal weapons that will stop Russia from “the Commission of further attacks.”

“The delivery of such weapons will force Russia to realize that there is nothing you get without paying high prices”, — said Walker.