The US has threatened sanctions against the “Nord stream — 2”

MOSCOW, may 17 — RIA Novosti. Deputy Director of the Department of energy the US Department of state Sandra Odekirk said Washington’s intention to prevent the implementation of the project “Northern stream — 2”. It is reported by Spiegel. 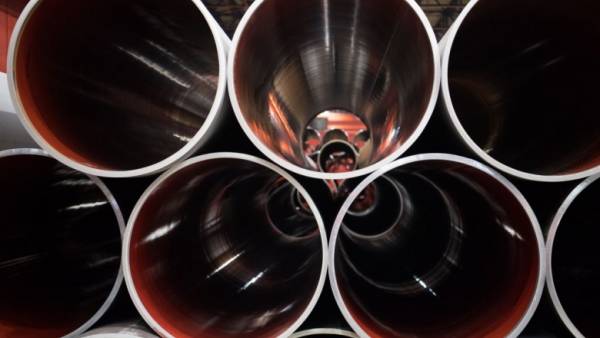 During his speech in Berlin, Oudkerk said that USA does not exclude introduction of sanctions against the “Nord stream — 2”, however, I hope that it will not reach the restrictive measures.

“We would be happy if the project did not take place”, — said Oudkerk.

In response to journalists ‘ question whether the US position with a desire to sell in Europe liquefied natural gas, Oudkerk said that Washington is guided by geopolitical and energy reasons.

The project “Northern stream — 2” involves the construction of two pipelines with a total capacity of 55 billion cubic meters of gas off the coast of Russia through the Baltic sea to Germany. The new pipeline is planned to be build next to the existing “Northern stream”.

The bill was opposed by several States, in particular Ukraine, which fears to lose the income from the transit of Russian fuel. The leaders of Latvia, Lithuania and Poland, in turn, believe that the construction of the gas pipeline — a political project.