WASHINGTON, may 18 — RIA Novosti. BRICS countries oppose unilateral US sanctions against Iran, this issue will be discussed at the forthcoming Ministerial meeting of the Association members in South Africa, told RIA Novosti head of the Department of the BRICS, the Russian foreign Ministry Mikhail Kalugin. 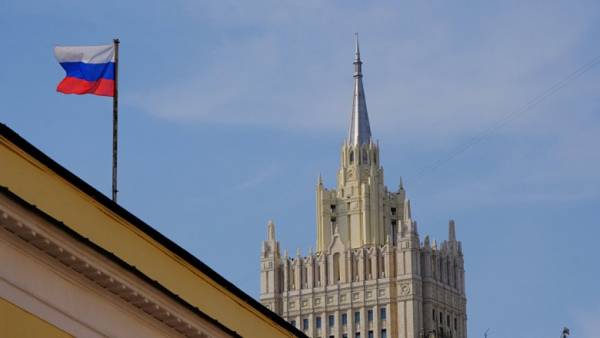 “Of course, the subject of Iran’s nuclear program, SVPD, is one of the important topics of foreign Ministers (BRICS) in Pretoria on June 4,” said Kalugin.

He recalled that all members of the BRICS have “fairly developed” ties with Iran and opposes unilateral sanctions that the United States after release from SVPD threaten to impose against countries trading with the Islamic Republic.

BRICS has consistently opposed foreign intervention in the internal Affairs of States and against the use of rudimentary practices are counterproductive unilateral sanctions… We defend the right of Nations to develop relations with those countries with which they want to do it.Mikhail Kalugin.head of the Department of the BRICS, the Russian foreign Ministry

“This development will continue no matter what pressure and external sanctions,” the diplomat added, speaking about the Russian position.

The eighth of may, the US President, Donald trump declared that Washington is out of agreement with Iran on its nuclear program reached “six” of international mediators (Russia, USA, Britain, China, France, Germany) in 2015. Trump also announced the restoration of all sanctions, including secondary (in relation to other countries doing business with Iran), which was suspended as a result, reached the deal.