Basmanny court of Moscow arrested for two months the former Deputy Minister of culture Gregory Pirumov on the case of embezzlement of funds allocated for the construction of a complex of buildings “the State Hermitage”. It is reported by RIA Novosti. 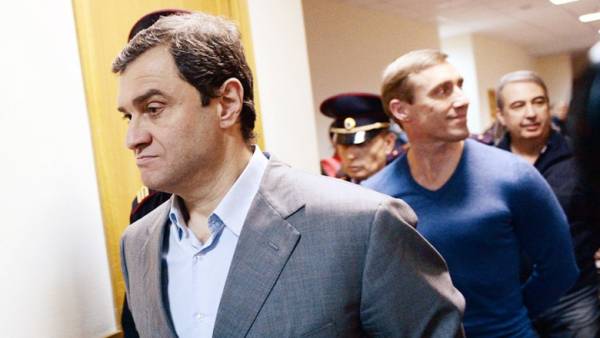 Before the announcement Pirumova became ill, and in court the ambulance arrived. After the doctors provided assistance to the former official, the meeting continued. “The petition of the investigator to meet, to elect against the accused Pirumova a measure of restraint in form of detention”, — announced the decision of it.

Pirumov and others involved in the case — businessman Nikita Kolesnikov and eks-the Director of the asset management Department of the Ministry of culture Boris Mazo — blame does not recognize.

The newspaper “Kommersant” wrote on 18 may that the management of the Hermitage has estimated the damage from fraud in the construction of the public library building of the Museum of 860 million rubles. the Corresponding statement to the Investigative Committee of Russia (TFR) has written to the Museum in mid-may, the newspaper wrote. TFR on 17 may announced that it was investigating a case of embezzlement of 450 million rubles, while the construction of the Hermitage.

Previously, all the defendants were sentenced in another criminal case. In the spring of 2016 Pirumov was detained in the so-called restorers. The case was brought on the fact of embezzlement of funds allocated for the work in the Novodevichy convent in Moscow, drama theatre in Pskov, St. John the Baptist monastery and several other objects. However, Pirumov and others accused escaped a long time: they were released on the day of pronouncement of the judgment. He Pirumov, however, was dismissed from the post of Deputy Minister of culture.