The business is looking for the “optimum temperature”

As leaders decide on the air conditioning in the office. 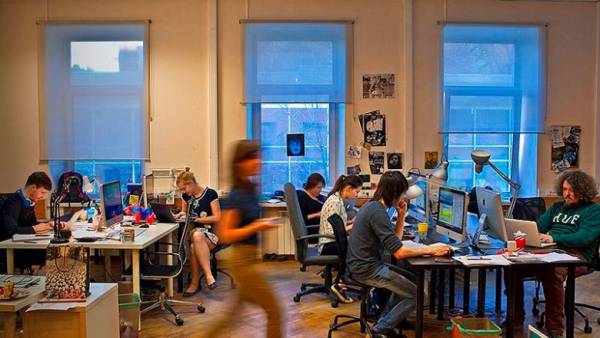 With the approach of summer in the offices of renewed war over the remote control for the air conditioning. As they say interviewed by “Kommersant FM” leaders, comes to layoffs. Is it possible to stop the opposition of those who are cold and who is hot in the workplace? Versed Tatiana Gomozova.

According to a survey of HeadHunter, every third employee arguing with coworkers about temperature in the workplace. Comes almost to riots. Head of educational project “the Initiative of Russia” Yuliya Serebryanskaya was faced with a problem her organization’s office was in the basement with no Windows, so an alternative to the air conditioner just was not: “we are constantly ill employees, there were scandals, controversy. People moved the tables, someone did not take off a jacket during the day, and someone was hot. One of my colleagues called me and told me that I agreed to disconnect the air conditioning”. 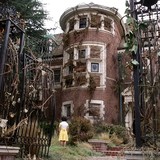 . kills vanbuhler we all had left — she just couldn’t stay indoors with air conditioning as he started to feel even worse.Julia Serebryanskaya educational project “Initiative from Russia”

In search of the optimal temperature in the workplace is a lot of research. So, at Cornell University in the US found that the lower the temperature, the more mistakes people make working on the computer. On the other hand, in a cool room is easier to perform routine work, but warm people are more likely to cooperate. And at Maastricht University calculated that the comfort temperature for women to three degrees higher than for men. Thus, the universal answer is no.

In such a situation, in addition to the transition to remote work, the most obvious way to seat all climatic zones. He does not always realize it, but the division “IT and Telecom” Agency PR Partner did, said his supervisor Irina Kuzmina: “I had such situation — I was sitting under the air conditioner, and I have a swollen leg. When I got to the surgeon, he said it was the result of what I have lost. It was a surprise. Now we turn on the air conditioning on schedule. He works for us for 10 minutes, then we at the same time off. 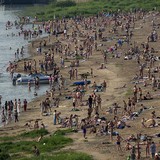 Changes in temperature proved to be more dangerous than AIDS

Perhaps soon the problem will be solved technologically. At the Energy Institute at University College London believe that the offices will gradually be transferred to the personalized climate control — heaters under the feet and adjustable personal ventilation.

Something similar already exists, said Director of development projects in the field of urban technologies of the SKOLKOVO Foundation Yuri Hahanov: “both in Russia and in the world created ceiling panels made of composite materials that are infrared emitters. Accordingly, in any point of space up to a specific workplace, you can create a comfortable temperature. As far as I know, and several meeting rooms thus equipped, and in the world there are such offices.”