The authors of school textbooks, has written an open letter to Putin

The textbook list is not updated for four years, they complain, and assigned an additional examination. 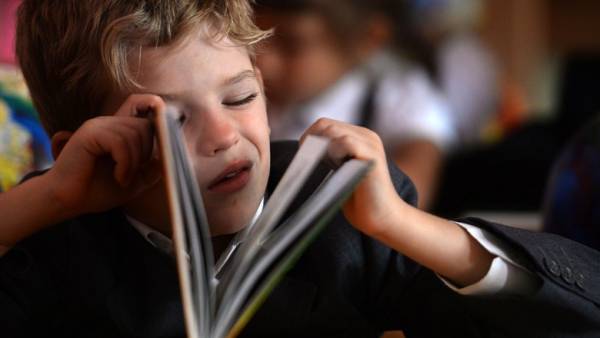 The authors of school textbooks appealed to President Vladimir Putin with a request to check the procedure and results of the supplementary examination of the academic literature, which was organized by the Ministry of education and science. This is stated in the letter that is at the disposal of “Vedomosti”.

After a straight line, the authors write, in June of last year, Putin has given the Commission “to submit proposals to improve the quality of examination of textbooks” and “to update these tutorials on regular basis,” the letter says. Contrary to the instruction of the situation with the quality of the examination and updating of textbooks is getting worse. According to the authors of the letter, the Federal list of textbooks (FPU), which is used by schools in the procurement, have not been updated for more than four years, and the textbooks that currently exist in the list (in addition to the textbook on the history of Russia), substantial not been updated since 2012

“In accordance with the regulations Ministry of education and science of publishing twice, in 2016 and 2017, filed new and updated textbooks with sets of the necessary expert reports for inclusion in the FPA, but the result is no”, — said in the letter.

In 2018, the Ministry introduced an additional examination of the textbooks, have already passed all the necessary examinations in 2016 and 2017 It is held by the Russian Academy of education (RW) “if you have any questions regarding the findings and (or) justification of the conclusions of expert organizations,” the authors write textbooks with reference to the normative documents. “The fact of appointment of additional expertise, the choice of the expert organization, and purpose of its implementation cause a lot of issues,” the letter says. Even more questions are the results of this examination, the authors of the textbooks.

The letter gives examples of errors in the review by RAO. For example, in response to one of the literature textbooks for grade 5 States: “Not included foreign authors and works, is no intercultural dialogue. Not conducive to the formation of interethnic and interfaith dialogue.” According to the authors of the letter, in the textbook “the Bible and the Koran, as well as classic foreign authors — Phaedrus, Aesop, La Fontaine”.

In the conclusion to the Russian language textbook for grades 5-9 it is argued that in “Russian” there is “a clear advantage of exercises and tasks” — while the manual has no such section, the letter said.

The reduction of variability of educational literature for schools, the elimination of her innovative techniques hinder the development of a “knowledge economy”, the authors believe. They asked President Putin to instruct the audit office to verify the procedure and results of the supplementary examination.

Also, the authors consider it necessary to organize broad public discussion of new educational standards, procedures, and criteria for the examination of textbooks — with participation of representatives of scientific and pedagogical community, public organizations and parents.

In July last year, the Association “Russian textbook” (it includes almost all the major textbook publishers) filed a complaint to the Ministry of education to the Federal Antimonopoly service. According to the publishers, the actions of the Ministry led to the restriction of competition in the market of school literature.

In 2017, the Ministry was unable to form a unified Federal list of textbooks, told “Vedomosti” the staff of the publishers. The latter list was formed in 2014 when officials decided that a large number of books confuses teachers and students, and reduced the list by 2.5 times. Some of the publishers in the list has not got, no tutorial, they expect to get into a new one, but to no avail.