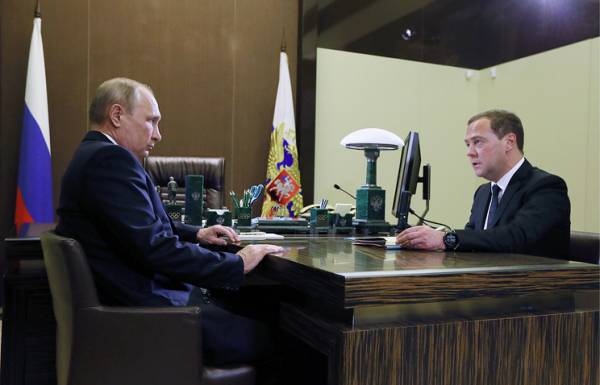 SOCHI, may 18. /TASS/. Prime Minister of Russia Dmitry Medvedev is expected on Friday, will arrive in Sochi, where this week working President Vladimir Putin to provide him with the list of candidates for the posts of Vice-premiers and Ministers. If the President approves the proposal, it can in the same day to sign the decrees on appointments.