Prime Minister of Russia Dmitry Medvedev on Friday will present to Russian President Vladimir Putin their proposals on the candidates for the posts of Vice-premiers and Ministers, and staff numbers at the office of the Cabinet. 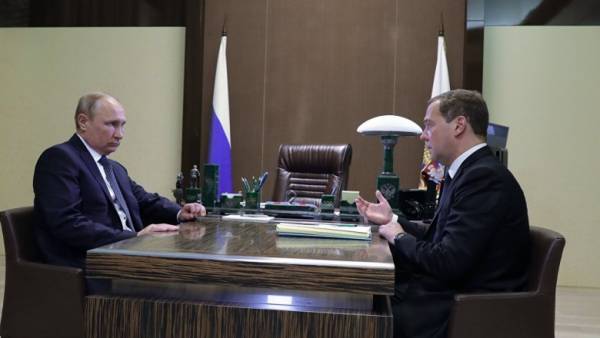 Medvedev previously voiced their proposals on the candidates for the posts of Vice-premiers.

In addition, for Siluanov has created a new position — first Deputy Prime Minister- Minister of Finance of the Russian Federation. No one from Vice-premiers to combine the post with a Ministerial chair will not.