Malevich set a world record: the picture was sold for $85,8 million 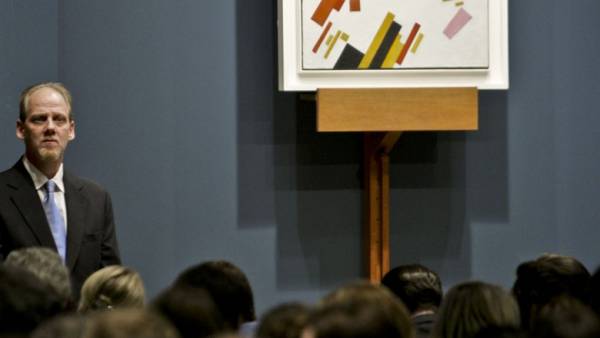 At new York’s Christie’s auction “Impressionism and modernism” sold 89% of lots for a total of $415,9 million All potential hits of the auction, before the auction was estimated at $70 million But “Sailor” Picasso was removed from the auction due to damage (which, the auction house announced). But “Suprematist composition” by Kazimir Malevich, 1916, for the second time sold at auction over the last 10 years, left with a new world record of $85.8 million

According to The Baer Faxt, the painting was bought by the representatives of the gallery Levy Gorvi, the largest Anglo-American dealers of modernism, postwar and contemporary art. The gallery was founded in 2017, when the famous art dealer Dominique lévy merged their business with Brett Gorvi, one of the main connoisseurs of art in the XX century, the former head of the international Department of postwar and contemporary art Christie’s.