Zakharova reminded the position of Russia in the “case Skripal”

KERCH, may 16 — RIA Novosti. Moscow considers the incident in Salisbury in the plot to assassinate Russian citizens, London is not interested to identify the perpetrators of the crime, said at a briefing the official representative of Russian foreign Ministry Maria Zakharova. 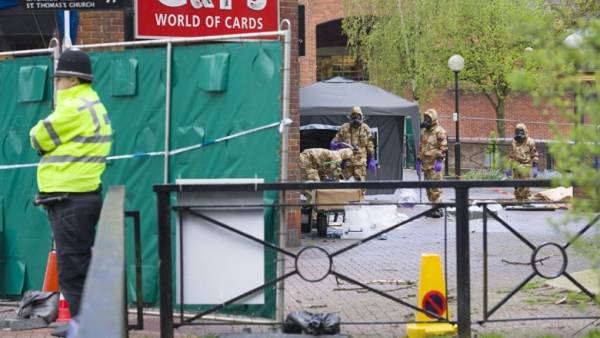 She stressed that Russia rejects the reasons for which London denies consular access to Scriply.

“You could say, in fact, just understand that the British continue to use some guesswork on the basis of which continue to propagate unfounded accusations against the Russian Federation. And once again, this confirms our opinion about the disinterest of the British authorities to clarify the true motives and identify the perpetrators of the crime in Salisbury,” said Zakharov.

“Since the Russian side has still not presented compelling evidence to the contrary, believe that we are dealing with the attempt on the life of our fellow citizens in the largest political provocation and the burden of proof lies on the British side,” she added.

“At the same time we are told about the alleged unwillingness of Yulia Skripal to communicate with the Russian Embassy in the UK… against Sergei Skripal had been denied consular access on the basis of the presence of his British citizenship”, she added.

Zakharov drew attention to the fact that the British authorities insist on the need for the consent of the Russian nationals to communicate with consular officers, however, this formulation cannot be accepted. She recalled that the issue of communication of citizens with the Consul of their country are regulated by the consular Convention between the USSR and great Britain from 1965.

In the English town of Salisbury on March 4, was poisoned convicted of spying for Britain, former GRU officer Sergey Skripal and his daughter Julia, which triggered a major international scandal. London claims that the poisoning Skrobala substance a-234 involved in the Russian government, Moscow categorically denies it.