Journalists NBC Chicago decided to test the honesty of companies offering “genetic testing at home.” To do this, they sent for the analysis of DNA samples of one of the journalists, where he put several samples of the DNA of Labrador. And then shared the results: one of the companies fell for their bait and prophesied the dog’s success in basketball, Boxing and Cycling. While the General public is outraged, we tell, what is this mess, where they look and who do we keep. 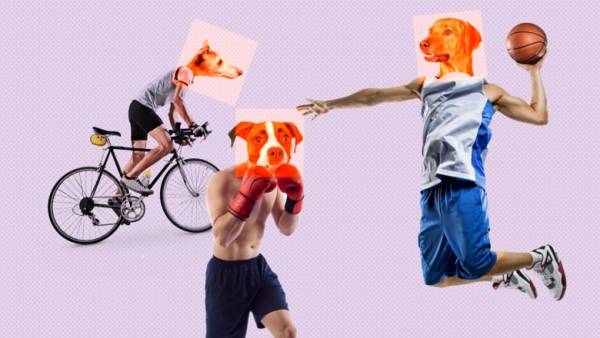 DNA technology-screening out of the laboratories and attacked the unprepared consumer. What started as a useful analytical tool with many applications (from establishing the relationship to the selection of individual drugs and prevent possible diseases), is increasingly used in non-scientific lotteries. Man spits into the vial, puts it in a black box (mail), and two weeks later he pulls out a letter, where it is reported — depending on the specialization of the office to which he turned — that he had a third uncle, was about to develop breast cancer or discovered the outstanding talent of singing.

Thus genetic testing of the tool for medical diagnosis becomes fun, not much different from reading a horoscope.

The fundamental difference between DNA-tests from other tests is that the company takes on not only getting results, but their interpretation. And if, by donating blood, we get the output its composition in comparison with normal, in the case of genetic screening is often all the decisions for us. It turns out that the efficiency of genetic testing, and the accuracy of the horoscope depends on the skill of the interpreter. The only difference is that in the case of DNA there is a chance to understand the process and evaluate the scientific reliability of the results.

What are we looking for in the DNA?

The human genome is hundreds of millions of nucleotides and thousands of genes. The information in these jungle people are interested in, usually only a few small areas.

Mutations that cause severe genetic diseases are rarely included in popular kits for tests. Such studies typically appoints and supervises the physician-geneticist, self-medication is no good will not result. Besides, most of these diseases is detected in childhood. In adulthood, it makes sense to check only later manifested the disease (e.g. Huntington’s chorea), if they have met with relatives. In addition, it is useful to get tested when planning a pregnancy to avoid the risk of detection of genetic diseases in children. But this is, again, strictly under the control of the doctor-genetics.

But what is often found in kits for “home tests” — a test for predisposition to diseases.

We are not talking about the inevitable disease and about the risk of its development. Insights is based on the sequence of nucleotides in certain genes, or point mutations. For example, in the group of BRCA genes, failure which often occur in breast cancer and ovarian. If this gene is initially in humans is different from its functional analogue, and the corresponding protein will be easier to break with age. In addition to cancer, often breaking down proteins known for many age-related diseases, such as cardiovascular or neurodegenerative diseases.

But the most common now find relatives and historical roots. Perhaps because we do not entail any specific consequences, and hence imposes a serious responsibility on the manufacturer (but, think, already will change very soon, if you remember how not so long ago to justice mean they are a serial killer, which was calculated using a similar service search genetic relatives). Search related communications is based on the minimal differences in the DNA sequence — the single-nucleotide polymorphisms (SNP, single nucleotide portmanteau). These differences generally do not affect the structure and work of the corresponding protein and therefore not subject to natural selection, proteins are still the same. Their carriers survive with equal probability, and polymorphisms freely distributed in the population. Therefore, the set of SNP can be judged on the relationships between people and to estimate their origins (not to be confused with race and nationality).

How are we looking for?

In laboratory practice there are numerous ways to read the DNA sequence. The companies producing the tests, interesting the cheapest. Not all sites out the methods used by the company, but we can assume that the majority relies on two technologies.