WASHINGTON, may 16 — RIA Novosti. The Senate judiciary Committee, U.S. published materials, consisting of almost two thousand pages, to investigate alleged Russian interference in the presidential elections of 2016 and including the meeting of Donald trump Jr. with a Russian lawyer Natalia Veselnitskaya. 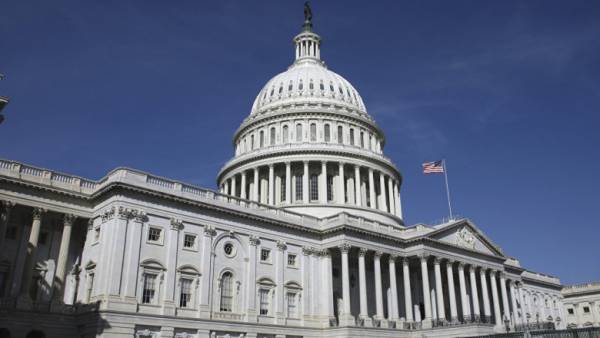 The materials consist of a transcribed interview with the son of the American President and those who met in the summer of 2016 at Trump Tower in new York city with a Russian lawyer.

Earlier it became known about the meeting in June 2016 Donald trump Jr., the former head of the electoral headquarters of the trump Paul Manafort and son-in-law of the President of the Jared Kushner with a Russian lawyer Natalia Veselnitskaya, which was allegedly “ties to the Kremlin” and which promised to give him dirt on presidential candidate Hillary Clinton. It was reported that only the June meeting was attended by eight people. In addition Veselnitskaya, trump, Jr., Manafort and Kouchner also attended the meeting lobbyist Rinat Akhmetshin, the translator Anatoly Samogorov and businessman ICA, Kaveladze.

From materials follows that trump Jr. said last year the legal Committee that he could not remember whether he discussed with his father the Russian investigation. In addition to the son of the President, the Committee conducted interviews with other people who were present at the meeting in the Trump Tower: Goldstone, the Deputy PM of Tatarstan, Kaveladze and translator.

The Committee met with Veselnitskaya, but received her written responses last year. Also, the Committee conducted an interview with Kouchner and Monforton, although both were present at the meeting.

The investigation of alleged Russian interference in American elections, as well as alleged links trump with the Russian Federation that contradict the White house and the Kremlin, conducted independent special Prosecutor Robert Mueller, and in both houses of Congress. Press Secretary of the President of Russia called accusations of meddling in the election “completely unfounded”.