Extinguishing a major fire at the former military training ground in Malopurginskiy the region of Udmurtia will continue in the morning. 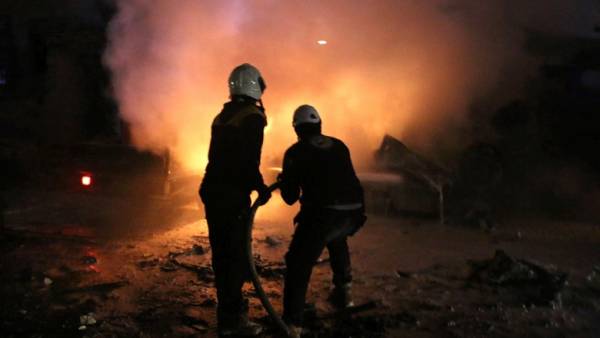 This was announced on Wednesday, may 17, at the regional Central Board MOE. “Fighting was suspended until daybreak, carried out patrols, — said the Agency TASS in the press-service.

The night was organized patrolling of nearby settlement Pugachevo in case of man-made fires. Formerly of the village in temporary accommodation were evacuated about 2 thousand people, among them 79 children. The decision on the admission of tenants to their homes will be made after localization of the fire, said the Chairman of the government of Udmurt Republic Jaroslav Semenov.

May 16, at the landfill site caught fire grass, which caused the detonation of ammunition remaining. Earlier it was reported that the fire covered 50 hectares, but according to the latest data, the fire area has increased to 300 ha. In extinguishing the fire involved 435 people and more than 100 vehicles, including fire train, the plane-amphibian the be-200 and helicopters Mi-8 with overflow device.