The court arrested the Bank account of the Magomedov brothers

Moscow. May 17. INTERFAX.RU — the Tver court of Moscow has imposed a security arrest on Bank accounts of the owners of the group “Sum” Ziyavudin and Magomed Magomedov, said on Thursday “Interfax” press Secretary of the court Anastasia Jurco. 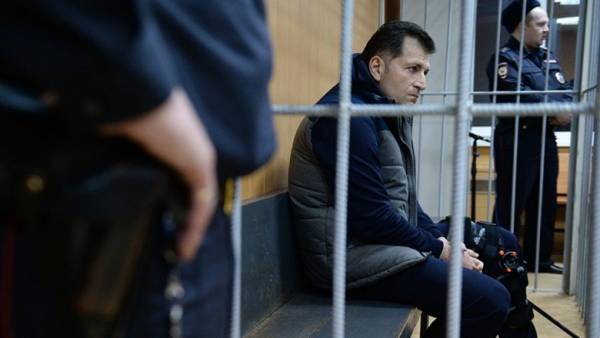 “Investigation at the request of a security arrest is imposed on Bank accounts Magomedov. The amount of the funds held in these accounts, the court was not verified,” she said.

Earlier it was reported that Magomedov was arrested, more than $ 1 million, seized during the search.

The owners of Summa group, the Magomedov brothers and the head of the company “INTEKS”, a member of the group “Amount” Arthur Maksidom was arrested on 30 March and the following day with the approval of the Tver court of Moscow detained in the SIZO “Lefortovo”. According to investigators, businessmen organized the plunder of budgetary funds for a total amount of 2.5 billion rubles.

According to the investigation, “in criminal activities of the organizers was attended by a significant number of individuals and legal entities, acting in concert and conspiracy in the interests Magomedov for a long time on the territory of the Russian Federation and in foreign countries.” The whereabouts of the kidnapped, according to investigators, the money, part of which was allegedly withdrawn on account of offshore companies abroad, not installed.