Fire Pugachevo in Udmurtia localized on the area of 300 hectares

Moscow. May 17. INTERFAX.RU — the Area of localized fire on the territory of former military unit in the village of Pugachevo (Udmurtia) amounted to three hundred acres. 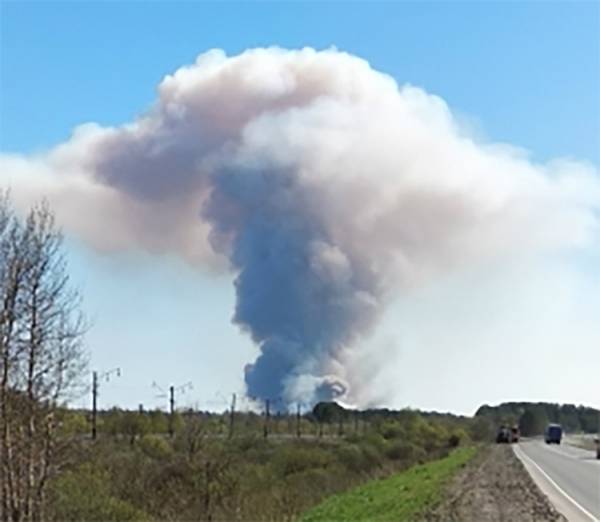 In turn, the administration Malopurginskoe region with reference to the head of the district Sergey Yurin reports that open flame on the fire place anymore. He added that after refueling, fuel and water aviation will resume.

In the afternoon of 16 may on the territory of former military unit near the village of Pugachevo for burning grass began detonation of unexploded ordnance that are scattered around during the fire and explosions at an artillery Arsenal in 2011.

Residents of the nearby military camp were evacuated, nobody has suffered.