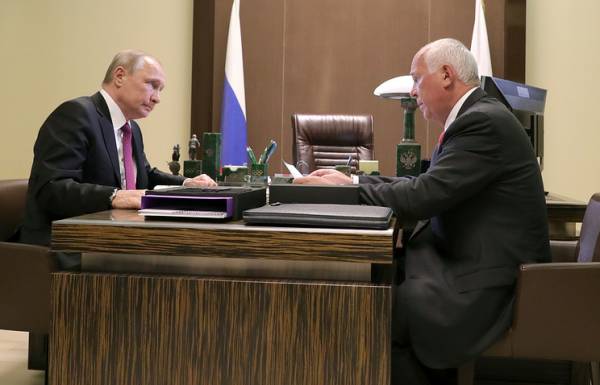 SOCHI, may 17. /TASS/. Russia, despite the sanctions, increased its arms exports in 2017 to $13.4 billion versus $13.1 billion in 2016. This was reported to the head of Rostec Sergey Chemezov, Russian President Vladimir Putin.

“In 2017, the state defense order was fully implemented by enterprises of the state Corporation. The volume of export deliveries of weapons, despite sanctions pressure, continued to rise to $13.4 billion versus $13.1 billion in 2016”, – said Chemezov.

“In Russia as a whole, taking into account the other participants in military-technical cooperation, the volume is more than 15 billion,” – said Chemezov. According to him, the state defense order is almost done at 98%, “this figure is also higher compared to what it was last year.”