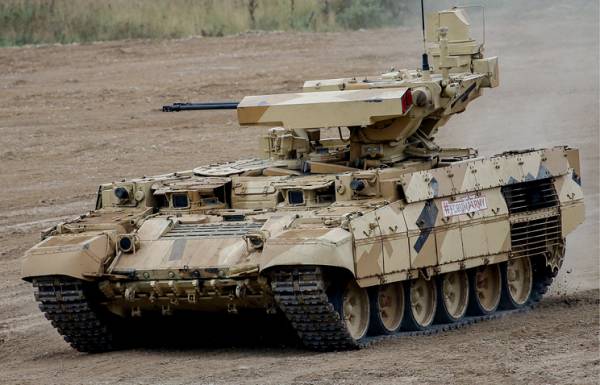 EKATERINBURG, on may 17. /TASS/. Combat vehicle support tanks (BMPT) “Terminator” will appear in the Central military district (CVO) in 2018. This was announced on Thursday the commander of the district, Lieutenant-General Alexander Lapin.

“This is a good fighting machine. I tested in combat, she is in the army district this year,” he said.