American killed by the explosion of vaping while Smoking

In the United States was the first case of death due to the explosion of electronic cigarette. As found by the Florida state police, 38-year-old resident of the city of Saint Petersburg in the state received burns to 80 percent of the body and damage to the skull after his vaping exploded.

The body of Tallmadge D Elia found on 5 may, the members of the fire service in his home. According to the results of the medical examination, the cause of death was penetration of the two metal objects, parts of an electronic cigarette in the skull.

The police are sure that vaping exploded during Smoking. The explosion triggered a fire in the house of the man. 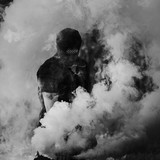 VAPI with vanilla and cinnamon were the most toxic

The vaping that caused the fire and the death of a resident of Florida, was produced by a Filipino company smoke Mountain. From refers to the type of so-called “mods”, that is, e-cigarettes with a powerful battery and ample opportunities for modification.

For the period from 2009 to 2016 in the US there were no less than 195 incidents with electronic cigarettes, according to the fire Department of the United States.

Until now, information on incidents involving wapama fatalities in the United States were reported. In the UK, death from electronic cigarettes was recorded in 2014: device caught fire while charging and started a fire in the house 62-year-old men in the County of Merseyside.