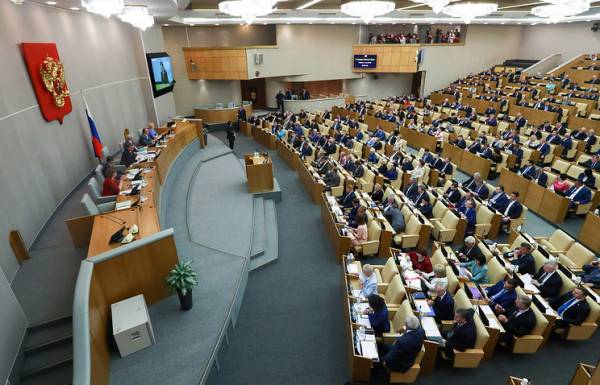 MOSCOW, may 15. /TASS/. The state Duma adopted in the first reading the draft law on anti-sanctions pressure on Russia, which introduced counter-sanctions against the United States and other countries. It is planned that the state Duma will consider the bill on second reading may 17, so that the law was adopted in whole on may 22.

The bill on the counter

The bill “On measures of exposure to (counter) the unfriendly actions of the US and (or) other foreign countries” was submitted April 13, leaders of all parliamentary factions and speaker of the state Duma Vyacheslav Volodin. The initiative was developed in response to manifested by “the US and its officials calls expressed in a hostile and unconstructive action for the introduction of sanctions against Russia as a whole, its citizens and legal entities”, stated in the explanatory Memorandum.