The Prosecutor General of Ukraine saw treason in the actions of the staff, “RIA Novosti — Ukraine” 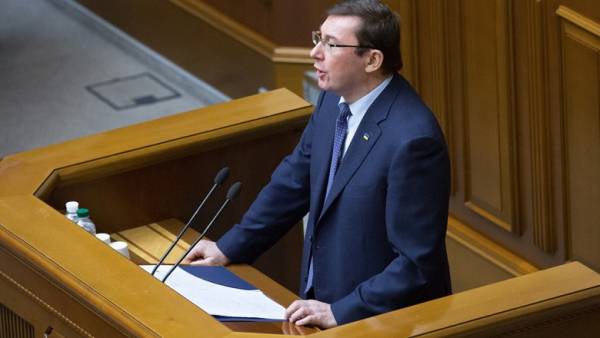 “The investigation has evidence of implementation of well-paid anti-Ukrainian attacks this structure, the participation of citizens of Ukraine (at the same time received the citizenship of the Russian Federation) in the disinformation war. The actions of these persons fall under the grounds of article 111 of the criminal code — high treason”, — Lutsenko wrote Tuesday on Facebook.

In turn, the Deputy head of the security Service of Ukraine Viktor Kononenko said that the head of the “RIA Novosti — Ukraine” citizen of Ukraine Kirill Vyshinsky was given the task of conducting subversive campaigns in the Crimea, and later in support of the self-proclaimed Luhansk and Donetsk people’s republics.

“Together with the Prosecutor’s office conducted searches. The reason was the information about the involvement of the journalist — the citizen of Ukraine for subversive advocacy. In the spring of 2014 Vyshinsky was instructed to go to the Crimea. Preparing materials justifying the annexation. Upon returning to Kyiv, preparing materials in support of the DNI and LC. The money came from Russia to Serbia, and then in Kiev were distributed in 53 thousand euros a month” — he said at a briefing in Kiev.

He noted that Vyshinsky was the development of intelligence as a Ukrainian citizen, but then in the course of the searches he had found the passport of the citizen of the Russian Federation and Russian state awards. According to Kononenko, about 20 dozen persons held as witnesses in the case.

Article of the criminal code of Ukraine of treason provides for criminal liability for an act intentionally committed a Ukrainian citizen to the detriment of the sovereignty, territorial integrity and inviolability, defense, state, economic or information security of Ukraine: the transition to the side of the enemy in conditions of martial law or in time of armed conflict, espionage, assistance to a foreign state, foreign organization or their representatives, in conducting subversive activities against Ukraine. The sanction of article provides imprisonment for the term from 10 to 15 years.