In the Crimea began the opening ceremony of the Crimean bridge. The event was attended by the President of Russia Vladimir Putin. 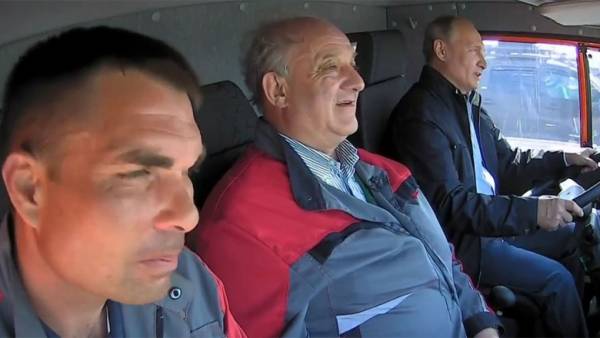 At this moment the official opening of the automotive part of the Crimean bridge. Regular movement of cars and public transport will run on both sides tomorrow, 16 may, 05:30 GMT. The first bridge you will pass locals: the residents of the Crimea and Kuban. The TV channel “Russia 24” will broadcast the ceremony.

And while the honorary right to open the road part of the bridge received a bridge builders from different regions of Russia over the Kerch Strait will pass a convoy of construction equipment, said the information center “Crimean bridge”.

The longest road bridge in Europe was built in a record 27 months and today passed ahead of schedule.

19-mile crossing begins on the Taman Peninsula, passes through the Tuzla island and connects the Kuban and the Crimean coast of the Kerch Strait.