MOSCOW, may 15 — RAPSI. A court in Argentina has seized 800 million pesos (about $ 33 million) the former President Cristina Kirchner in the framework of cases of corruption, it follows from the documents published on the official website of the judicial information of the country. 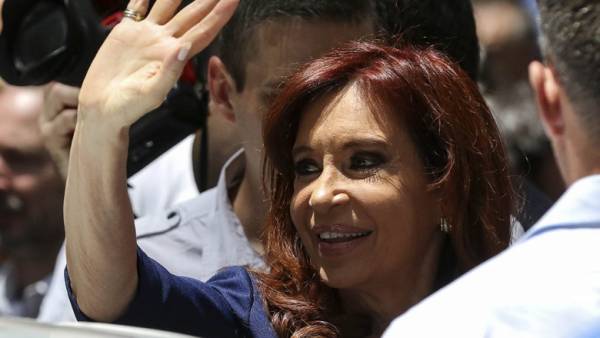 The prosecution believes that the family Kirchner used her hospitality firm Hotesur to launder bribes.

Just the case involves 19 people, including children, ex-head of Argentina’s MAXIMO and Florencia. Accounts of alleged accomplices Kirchner was also arrested by the court.

Against Cristina fernández de Kirchner investigated several criminal cases. In particular, the ex-Argentine President accused of concealing the involvement of Iran in a terrorist attack in Buenos Aires in 1994. At the moment, Kirchner remains at large as a Senator with parliamentary immunity.