Moscow. May 16. INTERFAX.RU — the detained on Tuesday in Kiev, the head of the “RIA Novosti-Ukraine” Kirill Vyshinsky during those hours waiting for a transfer to Kherson, to the court which prosecutors will ask to place him in custody, reported “Interfax” the press Secretary of the Prosecutor of the Autonomous Republic of Crimea Tatyana Tihonchik. 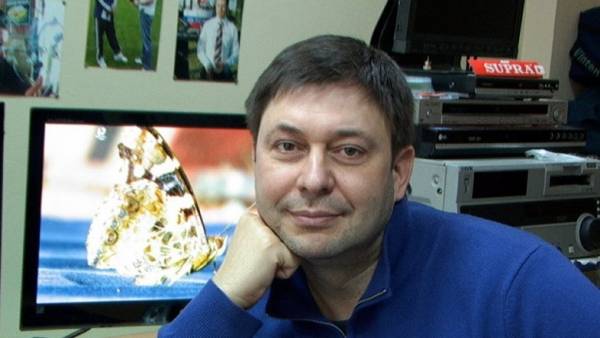 She noted that under the Criminal procedural code of Ukraine, the suspect must be brought before a court for election of a measure of restraint within 60 hours from the moment of detention, and it will be done.

According to Tihonchik, the measure of restraint will be elected to the Kherson city court. Prosecutors will ask the court to take into custody Wyszynski. Press Secretary of the Prosecutor’s office did not specify the start time of the meeting, noting that it will be held on Thursday, may 17.

As reported, on may 15 employees of the security Service of Ukraine together with the Prosecutor of the Autonomous Republic of Crimea carried out searches at the office of “RIA Novosti-Ukraine” in Kiev. Also, the law enforcers detained in Kiev the head of the “RIA Novosti-Ukraine” Kirill Vyshinsky.

As reported by press Secretary of the Prosecutor General of Ukraine Larisa Sargan, the investigation found that “the Federal state unitary enterprise “International information Agency “Russia today” with the purpose of conducting subversive activities against Ukraine in 2014 without provided by the law of Ukraine “On information agencies” the state registration of the created “Russian information Agency Novosti-Ukraine”, which within a few years the Ukrainian media space was filled with distorted information about events in the country, including in every way justified the occupation of Crimea Peninsula by the Russian Federation”.

According to her, the investigation obtained evidence that the information on the website “RIA Novosti-Ukraine” contains the calls directed to the detriment of the sovereignty, territorial integrity and inviolability of Ukraine, government and information security.

The results of the conducted investigations and covert investigations established the involvement of Ukrainian citizens to the illegal activities of these media resources in the country.