Guardian: the government of Ecuador has spent $5 million on security Assange

TASS, may 16. The government of Ecuador has spent at least $5 million to provide security by WikiLeaks founder Julian Assange, in 2012, granted asylum in the Embassy of this South American country in London. On Tuesday, reported the newspaper the Guardian referring to appeared in the documents. 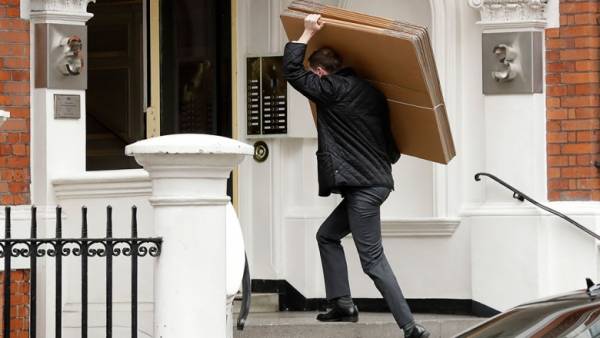 According to the publication, the budget was approved Assange who was then in power President Rafael Correa and foreign Minister Ricardo patiño. For the operation “Guest”, which was then renamed the operation “the Hotel”, the government of Ecuador has spent approximately $66 thousand on a monthly basis. This amount included the payment for the services of security guard, CCTV, intelligence gathering and checking guests Assange by employees of a special company responsible for safety.

Ecuadorian diplomats also considered various options to move Assange from the Embassy because he feared that there he could hold the British law enforcement agencies, notes the Guardian. In particular, it was proposed to take a man in a car with diplomatic plates or to appoint a representative of Ecuador to the UN, to provide him with diplomatic immunity.