Travel independent travelers are getting more expensive by 20-30% 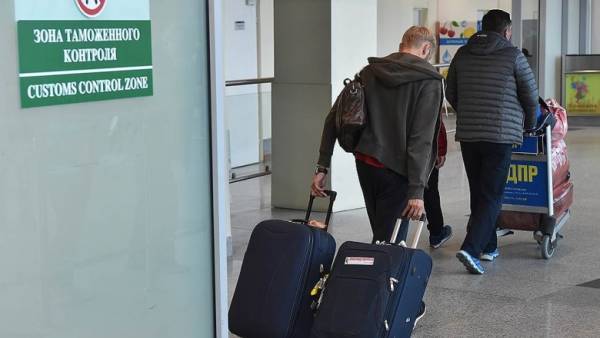 The growing popularity of travel abroad, the weakening of the ruble and the rise in prices of aviation fuel have dramatically changed the cost of international flights for the year, they rose by more than 20%. Have increased by a third and prices for accommodation in hotels on several popular resort destinations. Together with the upcoming matches of the world Cup it can expand the interest of the citizens to domestic tourism or organized recreation, which is more expensive only by 8-12%

During the year the average cost of tickets purchased for the summer to international destinations with departure from Moscow, has grown on 22,4%, to 23.8 thousand RUB from other cities — 20% (to 23.4 thousand), calculated specifically for the “b” OneTwoTrip. Similar estimates give other services online booking of tickets. According to the calculations Tutu.ru most noticeable was the increase in the price of flights to Bulgaria: the minimum cost of tickets to the country in may 2018, amounts to 14,7 thousand rbl.— it is by 68.9% more than in the same period last year. The lowest price of flights to France grew by 32.8% to 19.6 thousand rubles, in the UAE 16.3%, to 19 thousand rubles., in Croatia 15.9% to 16.8 thousand.

The head of the routing OneTwoTrip Leonid Rabastan highlights several reasons for the rising prices. The first is the weakening of the ruble for the year, the value of the Euro increased by 19%, dollar — by 10%. “Added to this is the rise in prices of 14% in jet fuel,” says Mr Rabastan. According to him, a year earlier, steady decline in prices contributed to the new direction of low-cost airlines, mass distribution tariff without baggage and a surplus of available capacity. These factors its effect is lost.

General Director of “VIP service” Dmitry Gorin adds to this list growing for the second consecutive year a General interest in travel abroad.

That last factor, according to the findings Ostrovok.ru has caused a sharp increase in the cost of accommodation. Estimates of service, the average price for hotels and apartments in Turkey for the year increased by 28%, to 6.1 thousand RUB over night. On the Atlantic coast increased by 36% to RUB 9.3 million on the European Black sea coast — 32%, to 4,3 thousand rbl., in Israel — 27%, to 12.7 thousand RUB location on the black sea coast of Russia that are not yet in high demand in the summer, according Ostrovok.ru that for the year rose by only 4%.

According to the observations of analysts OneTwoTrip, sale of tickets to international destinations with departure from Moscow from the beginning of 2018 increased by 10%, while domestic showed an increase of 24%. In regional markets the demand for air travel in Russia has increased by 45% in international routes declined by 4%. The overall share of tickets sold abroad for the summer, according to the calculations OneTwoTrip, for the year decreased from 33% to 27%. Similar data lead and Biletix: they say that the share of domestic routes increased from 47% to 62%, approaching the rate 2016 (64%), when it was recorded historical maximum.

But, as explained Leonid Rabastan, the rising cost of travel is not the main factor of increasing interest to travel to Russia. Atypically high demand for domestic transportation, he connects with the world Cup. “The thesis is confirmed by the fact that the dates of the matches the proportion of tickets sold to the cities where the games will be held all tickets on domestic routes increased from 55% to 77%, while in absolute terms the sale of tickets to city matches has increased 2.2 times”, — agrees the General Director of Biletix Alexander Sizintsev.

Trends in the organized market are significantly different. According to the calculations OnlineTur.ru for the year, the average cost of tours to popular overseas destinations increased by only 8-12%. The share of domestic tours to the General structure of sales this year decreased from 9% to 3%, according to the data Level.travel.