The third world war will not be, says the Dalai Lama

DHARAMSALA, may 15 — RIA Novosti, Olga Lipic. The third world war will not be, says the Dalai Lama. About this spiritual leader of Tibetan Buddhism, prevalent in Russia, said in an interview with RIA Novosti following the meeting with leading Russian scientists in his residence in the North Indian town of Dharamsala. 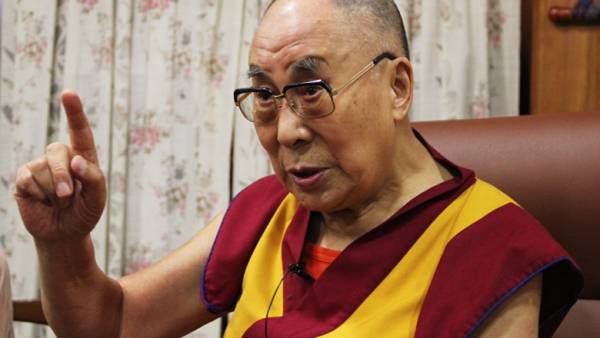 “I think not,” said the Dalai Lama in response to the question about the possibility of the Third world in connection with rising geopolitical tensions in the world, including between Russia and the United States.

According to him, in the event of a nuclear war killed all life on the planet, so everyone’s “need to rely on common sense and broad minded thinking.”

The Buddhist leader also noted that in today’s world, all seven billion people depend on each other.

“Russia needs Western world and in America, she wants their technology, and the West needs Russia as it has huge natural resources… For all mankind it is imperative that the countries of the East and West lived in mutual respect. Russia has a unique geographical location, it plays a very important role of bridge between East and West,” added the Dalai Lama.

The true causes of all the problems, he said, is “anger, a keen sense of competition, self-centeredness”.

Therefore, a special responsibility for the peaceful future he has today on science and education, which must educate the population. “In ancient times, people lived in closed communities… Today, all seven billion people is one family. And any problem is a problem of all mankind. But such problems should be solved human to meet and talk. If we first create some problems, and then try to solve them by force of arms, it is contrary to logic… Guns only kill brings more hatred”, — said the Dalai Lama.

He urged scientists “to tell people about how important it is to care about the welfare of others in personal relationships, in family, in society.”