Modigliani’s “Reclining Nude” was sold at auction in new York for $157.2 million

NEW YORK, may 15. /TASS/. Painting “Reclining Nude” (Nu couche (sur le cote gauche), 1917) painted by Italian artist Amedeo Modigliani (1884-1920) on Monday sold for a record $157.2 million at auction in new York. This was reported by the auction house Sotheby’s is staging the auction devoted to impressionist and modern art. 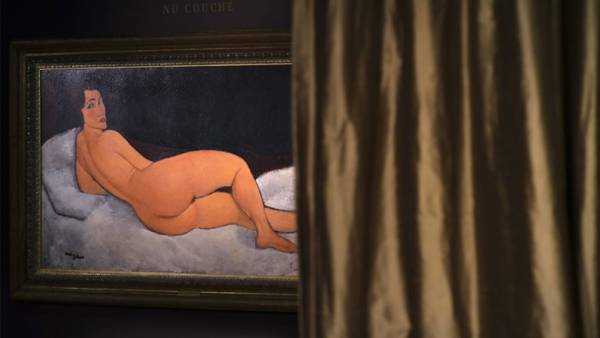 “A masterpiece of Amedeo Modigliani’s 1917 “Reclining Nude” sold for $ 157.2 million — the highest auction price in the history of Sotheby’s”, — stated in the message of the auction house on Twitter. The name of the buyer is not called.

Estimated value of the lot was $150 million, which also was the highest estimate among all the works of art ever exhibited at this auction. The picture reaching diagonally 147 cm, part of a series of 22 paintings, which can be seen in major museums around the world, including the Metropolitan Museum of art and the Solomon R. Guggenheim Museum in new York, British Courtauld Institute of art and long Museum in Shanghai.

Painted nearly a century ago, ‘Nu couché’ is the greatest work from the iconic series in which the #Modigliani the nude reinvented for the Modern era. Learn more about the modern masterpiece that just made auction history in our New York salesroom: https://t.co/A8KvDuydbz pic.twitter.com/cwY9fpnQr8

Realized the painting was bought by Irish billionaire at auction in 2003 for $26.9 million In 2015, another painting with a reclining Nude woman from the same series was sold for $170,4 million