Historians were left without “Democracy”

In Russia stopped the work of the international Foundation “Democracy”, created in 1993, former member of the Politburo, one of the ideologists of perestroika, Alexander Yakovlev. The Foundation has published the collections a unique Soviet documents. The organization closed because of lack of funds: “Democracy” refused foreign funding, “not be considered an agent”. Employees for six months he worked without a salary, but the last straw was the termination of free rent which was provided to Fund President Boris Yeltsin. 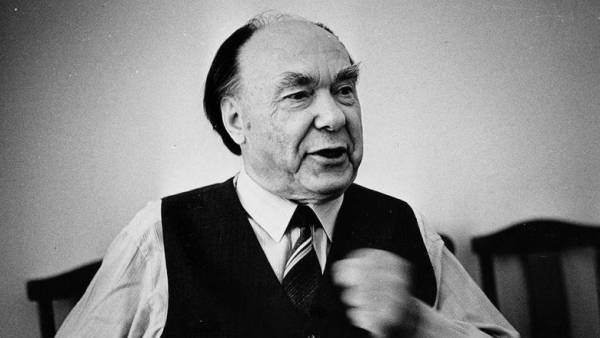 The closure of the Fund “b” told the President Natalia Usacka. “Unfortunately, we failed to find a permanent source of funding, she said.— Now the Fund is in liquidation. We have been forced to deny authors who planned to be published with us.”

We will remind, the international Fund “Democracy” was established in 1993 on the initiative of the former member of the Politburo of the CPSU Central Committee, academician Alexander Yakovlev. According to his plan, the Fund had to identify unknown documents on the history of Russia.

One of the main focuses was the search of documents about Stalin’s repressions and the activities of the Cheka—OGPU—NKVD—KGB. The materials were published in the book series “Russia. Twentieth century” and the eponymous anthology in total took over one hundred volumes.

According to Natalia Usackas, the Fund earned on governmental orders, in particular fulfilling work for the state archive. However, the funding it received in the form of grants and joint projects with foreign foundations and universities. “After 2012 was adopted the law on foreign agents, we were forced to abandon such means, — said Natalia Usacka.— Of course, we didn’t want to be called agents”.

To obtain similar financing in the country historians failed: “We sent five times the application for a presidential grant, but have not received it. Previously, we in any Fund of Yeltsin, but recently they have reduced the grant program”. The last six months the Foundation staff have not been paid, but an irreversible situation has become due to issues with the lease, the Director says. “In 1993 Boris Yeltsin has disposed to transfer to the Foundation room at Malaya Gruzinskaya for 25 years. This period has expired, and to our problems increased the cost of the room. We already can’t afford and are forced to close the Fund,” — said Natalia Usacka.

Note that the order of the first President of the Russian Federation refers to “an approving attitude to the creation of the Fund” and required “the government, ministries and departments, Executive authorities of Moscow and Saint-Petersburg to offer the international Fund “Democracy” assistance”.

“For me personally this is very sad news, — said “Kommersant” the historian, the Director of Fund “Historical memory” Alexander Dyukov.— This, of course, was an extremely important institution, which produced a huge number of fundamental collections of documents on Soviet history.” Of particular sadness to the historian is the fact that a number of book series will now remain incomplete. “They came out the first volume of collections about the Polish underground and the Soviet economy of the Baltic States. They were meant to be released for another two or three volumes, we really were waiting for,” he said. According to Mr. Dyukov, the Fund Yakovleva — “an invaluable contribution to Russian historical science.” “They laid the Foundation upon which historians will work for many decades”, — he stressed.