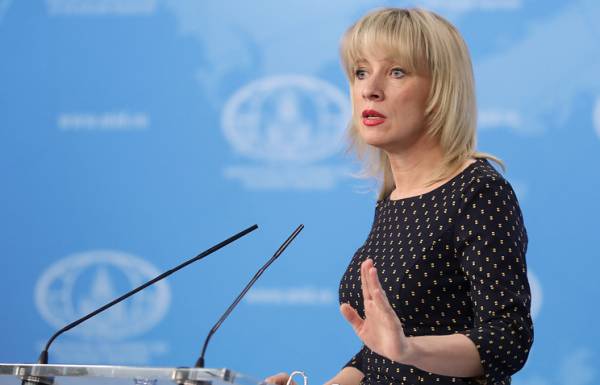 MOSCOW, may 14. /TASS/. Moscow reserves the right to adequately respond to the decision of the Council of the European Union to make five more Crimean officials the list of persons subject to personal sanctions in connection with the organization in Crimea vote in the election of the President of the Russian Federation. This was stated on Monday by the official representative of the Russian depodesta Maria Zakharova.