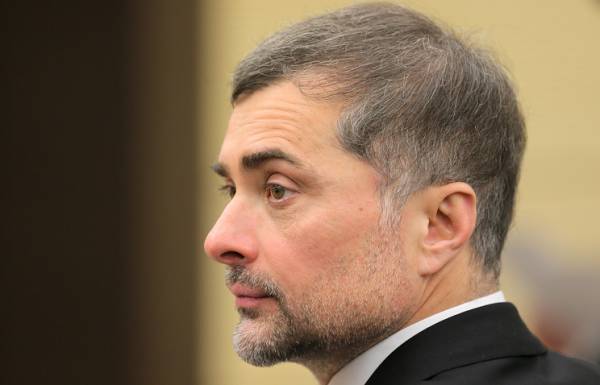 SOCHI, may 14. /TASS/. The Kremlin has not commented on the rumors about the resignation of the acting Russian presidential aide Vladislav Surkov said that it does not announce personnel decisions. This was reported to journalists by the acting press Secretary of the President Dmitry Peskov in response to a request to comment on media reports that Surkov dismissed from the post of assistant in connection with transition to other work.