The head of the GPU of the President Brycheva can lead COP, the source said

MOSCOW, may 14 — RIA Novosti. Valery Zorkin, Chairman of the constitutional court in 2003, maybe in 2018 to leave the post, have informed RIA of news a source familiar with the situation. According to him, it is possible that his place will be taken by the head of state-legal Department of the President Larissa Brycheva, which may soon become a judge of the COP. 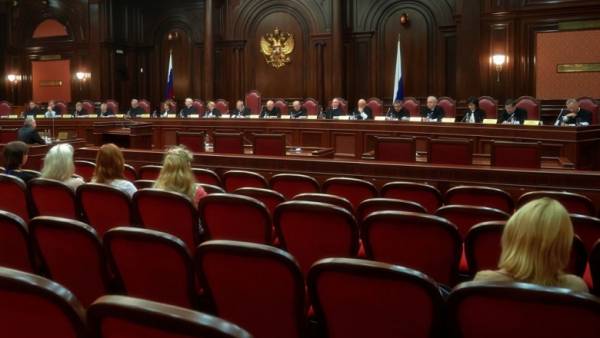 According to the interlocutor of the Agency, one of the issues is the state of health of 75-year-old Zorkin. “His powers of head of KS has recently been extended, but Valery himself ready to go after he was inaugurated President,” — said the Agency interlocutor.

According to him, the place Zorkin has the potential to take the head of the GPU of the President Larissa Brycheva, which, as the Chairman of the Investigative Committee of the Russian Federation Alexander Bastrykin, “may soon become judges of the constitutional court”. It does not have to dismiss judges of the COP, a few vacancies there already exists.

“In the case of care Zorkin it Brycheva is one of the most worthy candidates for his place,” said the source.

With regard to the position of Chairman of the GPU of the President, which can be released in case of withdrawal of Bracewell, said the source, on the place now discussed the candidacy of the head of the Federation Council Committee on constitutional legislation and state construction Andrey Klishas, Chairman of the Duma Committee on state construction and legislation Pavel Krasheninnikov and the rector of Tyumen state University Valery Falkova.