Russian military praised pilots of the U.S. air force for the respectful maintenance of the Tu-95 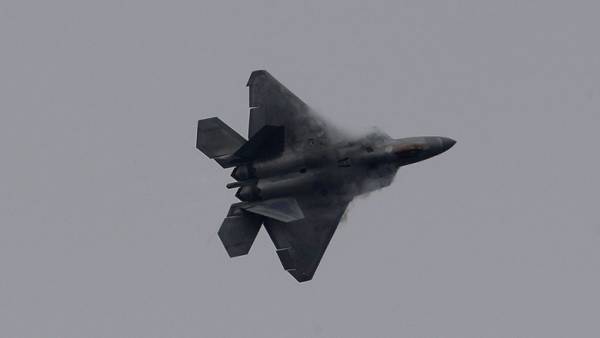 “Hold the pilots of the F-22A is correct, no aggressive intent is not demonstrated, only indicate their presence to a respectful, approximately 100 meters distance. Apparently took into account that our crews flew, as always, in strict accordance with International rules of using airspace over neutral waters without violating the borders of other States”, — he said.

The commander of distant aircraft the General-Lieutenant Sergey kobylash, in turn, noted that American pilots “accompanied by our “strategists” about 48 minutes. “If in previous times in such cases, our aircraft were accompanied by 4-5 successive groups of fighters of the air forces of Japan, USA, South Korea, this time identified himself only Americans and only one pair of fighters”, — he said.

May 12, defense Ministry spokesman Igor Konashenkov reported that strategic missile carriers Tu-95MS and distant anti-aircraft Tu-142 Russian Navy during the 17-hour flight successfully fulfilled all the tasks set before them. They covered the MiG-31 and su-35.