Regulation of social networks in any way will not be accepted

Second reading of the bill postponed. 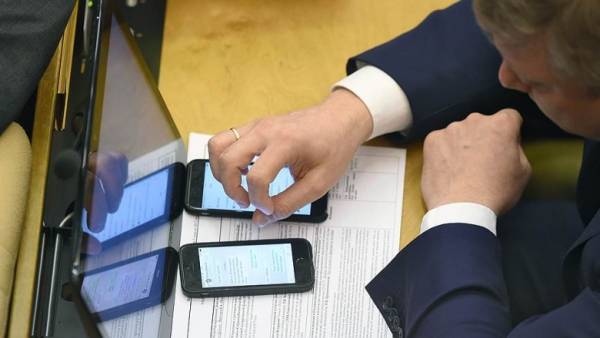 May 11 the deadline for receiving amendments to the second reading of the draft law regulating social networks. It was sponsored by the United Russia party Sergei Boyarsky and Andrey Alshevskih. In the Duma Committee on information policy, told “Kommersant” that to finalize the bill working group will be created, but the date of its first meeting not yet determined. According to “Kommersant”, in the presidential administration (AP) does not see the need for the bill, even in amended form.

Friday was the deadline for the submission of amendments to the second reading of the bill on regulation of social networks. In the first reading it was passed by the Parliament on 12 April. One of the authors of the project Sergey Boyarsky told “Kommersant” that “should be a working group on the revision of the bill”. Meanwhile, Mr. boyar has made “several technical amendments, which relate primarily to the correction of cases”.

The head of the Duma Committee on Informatica Leonid Levin told “Kommersant” that the amendments “did little”, and the working group is under formation. The question of “b” when the can held its first meeting, Mr Levin replied: “First we will analyse the submitted amendments, review comments contained in the conclusions of the members of the expert Council under the Committee, and suggestions made at the public hearing, and then will hold the first meeting of the working group”.

It is not excluded that with the adoption of the bill on second reading can be difficult. According to “Kommersant”, the AP does not see the need for the bill, even in amended form.

Recall that the original version of the bill introduced on Okhotny Ryad in the summer of 2017, was different. The project has introduced the concept of “the operator of a social network”, which is obliged “to restrict access or remove” on the application of any user of any illegal content or “unauthentic and (or) discrediting the honor and dignity of another person” information.

The AP and the White house noted that to lock or delete posts in social networks need only a court decision, except the cases already described in the law. After the negative opinion of the state legal Department of the President (GPU), the authors stated that it would prepare a new version of the bill. On his desire to adjust the project they said the day before the plenary session of the state Duma, where the draft was to be considered in the first reading.

An updated version of the document was submitted to the Duma only on 3 April 2018. But the adoption in the first reading voted for him even not all deputies-United Russia. MPs had many questions to the terminology of the bill, as well as surviving the locking mechanism of information in social networks without a court order. The same observations contained in the next conclusion of the GPU, which, supporting the concept of the bill, expressed to him a number of legal considerations. The Kremlin lawyers have indicated that further discussion is needed on the procedure for blocking illegal content and false information networks, administrative or judicial. As wrote “Kommersant” on April 12, with the position of the GPU was supported by the government.