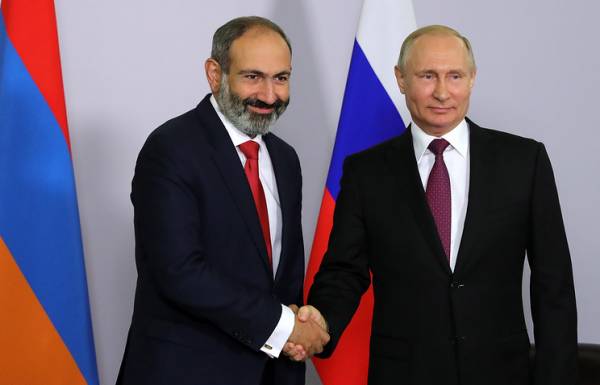 SOCHI, may 14. /TASS/. Russian President Vladimir Putin expressed hope that the new government of Armenia the relations between the two countries will develop as dynamically as before. He said this during the first meeting with the new Prime Minister Nikol Pashinyan.