Malopolska was released on his own recognizance

This result took into account the age and health producer, as well as the fact that the collection of evidence in the case is completed. 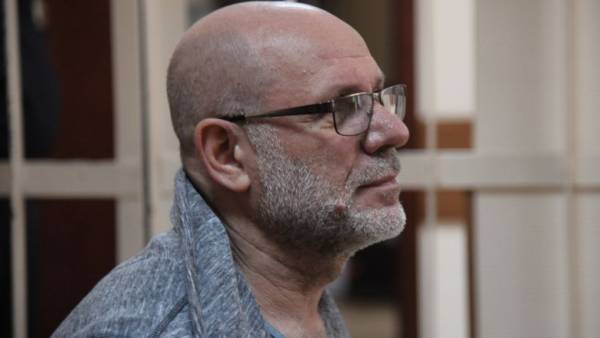 Moscow. May 14. INTERFAX.RU the Consequence released on recognizance not to leave ex-General producer of Autonomous non-commercial organization “the Seventh Studio” and former Director of the “Gogol-center” Alexei Malopolska, accused of embezzlement of budget funds. This was reported “Interfax” the official representative of the Investigative Committee of Russia Svetlana Petrenko on Monday.

Earlier Malopolski, was the only defendant in the case, “the Seventh Studio” which was under arrest.

According to Petrenko, “this decision takes into account age, health condition and the fact that the process of gathering evidence in a criminal case has been completed and, once released, the accused will not affect the results of the investigation”.

The Malopolska became ill after the meeting of the Basmanny court of Moscow on may 10 when he repeatedly refused to transfer under house arrest. The producer had called the ambulance, he was urgently hospitalized in intensive care in the 20 th city hospital. Later, the state of the Malopolska has improved, he was transferred to the coronary care unit.

Malopolska is accused of embezzlement of budget funds allocated based artistic Director of “Gogol-center” Kirill Serebrennikov’s “the Seventh Studio” in 2011-2014 for the project “Platform”.