The head of the Center for strategic research (CSR) Alexei Kudrin has agreed to become one of three candidates for the position of Chairman of the accounts chamber. This was stated by Alexei Kudrin at a briefing in the state Duma. 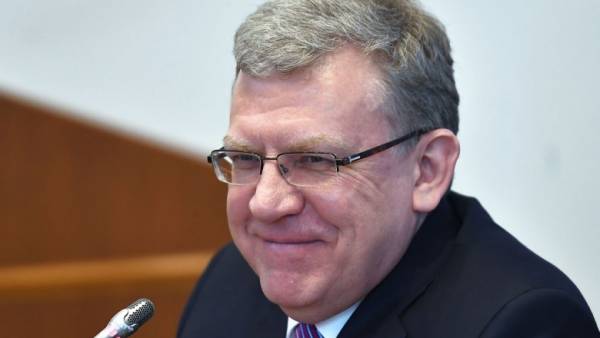 “Thank you for the nomination of “United Russia”, I agreed, I understand the challenges faced by the accounting chamber: the chamber must answer the question of why something happens, something is not” — said Kudrin following the results of consultations with United Russia. He noted the need to improve audit control and noticed that the functions of the accounting chamber include including the fight against corruption.

We see the task of reducing corruption in the financial sector.Alex Kadriroval Center for strategic research

On the question, whether ex-Finance Minister that he was not offered the post of Prime Minister, he recalled that the post of head of the accounting chamber is equal to first Deputy Prime Minister. According to Kudrin, he was offered a position in the presidential administration, with President Vladimir Putin an option of employment in the court of auditors was not discussed, but the President “informed.” The position of head of the accounting chamber he was offered personally by the speaker of the state Duma Vyacheslav Volodin, Kudrin said.

According to the law the state Duma proposes to the President at least three candidates for the position of head of the accounting chamber. “Fair Russia” has put forward the Chairman of the Committee on financial market Anatoly Aksakov, the Communist Deputy Yuri Sinel’shchikova. The liberal democratic party was considered the candidature of the former Deputy and an auditor of the accounts chamber Maxim Rohmistrova.

The candidacy of the current Chairman of the accounts chamber Tatyana Golikova was previously proposed by Prime Minister Dmitry Medvedev for the post of Deputy Prime Minister for social policy. Golikova has declared its readiness to work in the new government.