MOSCOW, may 14 — RIA Novosti. The American magazine Newsweek published an article that compares the Cadillac of the US President Donald trump and the car project “Cortege” of the Russian leader Vladimir Putin.

The publication notes that the presidents had the “interesting relationship”, which goes against the traditional US foreign policy and “surprise the world”. However, continues the author, love for high-class limousines “brings together two leaders”. 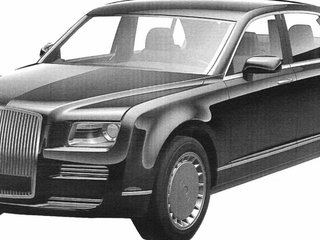 the First car of the project “Cortege” passed into operation

Analyzing Russian car, Newsweek points to its similarity with the British luxury limousines Rolls Royce Phantom and Rolls Royce Ghost.
The journal notes that “Tuple” is a V12 engine, much more powerful than the V8 in an American limousine. In addition, the car trump, who earned the nickname “the Beast” is heavier than a half ton.

“Aurus Putin, of course, is equipped with many latest technologies for communication and protection in their effectiveness, these tools are unlikely to surpass the older, but very powerful car, which drives us counterpart,” says the author of the material.