The Ukrainian Church has accused Russia of meddling in Church Affairs

The Holy Synod of the Ukrainian Orthodox Church-Kyivan Patriarchate (UOC-KP) has accused Russia of trying to interfere in the Affairs of the Church by creating barriers to the UOC-KP autocephaly. Currently considering a request from the Ecumenical Patriarchate of Constantinople. 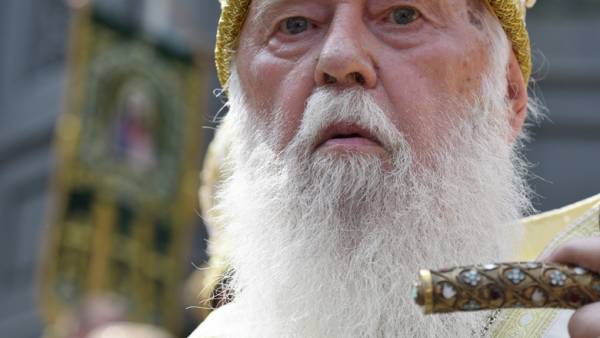 “There are numerous instances of political and state interference by the Russian Federation and the Pro-Kremlin political forces in Ukraine in the process of recognition with the aim to prevent it”, — is spoken in the message published on the official website of the Patriarchate.

In the example of the collection of signatures against autocephaly, which, in the opinion of the members of the Synod, organized by the “Pro-Kremlin political structures”. It is also reported that as a tool being used by the Ukrainian Orthodox Church-Moscow Patriarchate (UOC-MP), in the parishes which are distributed “subscription lists” against autocephaly.

In this regard, the Synod expresses its protest “against Russia’s intervention in Church Affairs”.