Stories of mothers who regret having children

Mother of Britain and Russia tell us what it’s like to secretly wish that you had kids. 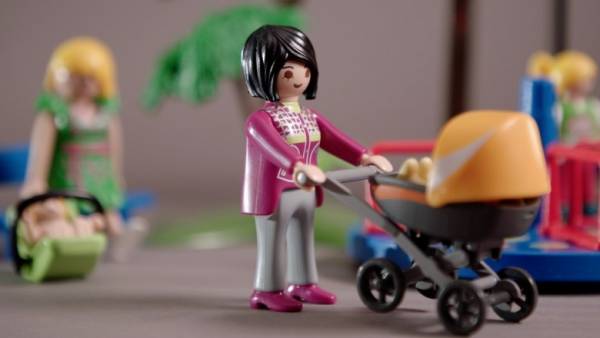 Most parents admit that raising children is hard work. But at the same time, they argue, the joy children bring outweighs all the possible difficulties and problems. However, there are mothers who regret having children. Five women from Britain and Russia said what it is — a secret to confess her motherhood.

“If I could turn back time, I would never have kids,” says Rachel, who is now over fifty.

She has three children — the youngest of whom is now 17 and most of the time she was a single mother.

Rachel admits that not too much thought about how having children will affect her life.

“There were times when I didn’t feel Mature enough to take responsibility for someone else — this little person who needed me to survive, — the woman tells. — It seemed to me that motherhood is an endless cycle: you put baby bottle or food in his mouth that it came from the other end — and at what point this should be fun? I just wanted to scream.”

If you are dreaming about motherhood, then that’s great — you now have everything you wanted. But if you have no maternal instinct, you are trapped.The article

Rachel admits that not too much thought about how having children will affect her life if she knew it, would never give birth.

“But I feel guilty due to the fact that I think so] because I love children very much,” she says.

“You understand that I was a good mother, and is the guilt that you constantly feel, it never disappears. And you think you know your kids about this? — says Rachel — But life should not be to abandon himself and his freedom for their lives?”.

The woman says that this is difficult for someone to confess, because “people are starting to think that you’re a bad person”.

But Rachel desperately needs to communicate with women who have experienced the same thing.

I felt very lonely. I thought that with me something not so. If I could talk about this with someone who would understand me, it would be easier to cope with motherhood.How often this happens?

It is impossible to say how many women feel this way, because few people speak openly about it.

In 2015 the Israeli sociologist Orna Donath published a study after talking with the women of sorry about having children. She described these feelings as “unexplored maternal experience.”

Interviewed women claim that it is not the same, understand that.depression.

“I imagined a happy family, a house with a garden and kids running to school — a story,” says Alison. She was a foster child and always wanted to create my own family. But after giving birth to her first child — a son — she found that not experiencing maternal feelings. Desperately wanting to get rid of her new role, she returned to work just six months after giving birth.

“I was thinking about how to take a day off and leave the baby with a sitter so I could have a day to myself, — the woman tells. — Not that I didn’t want to spend time with him, I just didn’t know what to do with it, how to play with him”.

Alison and her husband didn’t want the son was the only child in the family and started another one. Now both boys are enrolled at the University.

The woman admits that if she knew what her motherhood, I wouldn’t have to give birth: “other people’s needs and desires to the fore. The mantra of the last two decades was: “If everything is happy, I’m happy.” Sometimes it’s a little irritating.”

I could make a better career. But for 15 years I take my kids to school and took them out, it really limited my career growth.

Alison emphasizes that he loves his children, but recognizes that her nature is too selfish for motherhood.

In her opinion, many women don’t talk about it out of fear that they will be condemned: “They don’t want to be seen as selfish. The point is that if you don’t want kids, then you’re a bad mother”.

Joy, gave birth to a daughter 20 years ago, quickly realized he didn’t want to be a mother.

Everyone is talking about the wild fairy of love, which is experienced after child birth. But I didn’t feel anything. I only felt a huge responsibility.

Joy is struggling to look at the first years of life to my daughter with love. “It was hard. Everyday hard work, she remembers. — I think all mothers go through this, I just couldn’t find anything that could give me pleasure. It was the darkness.”

The woman believes that she just has no maternal instinct: “it Seems I have no ability to be loving, kind and warm mother. For a long time I thought maybe other mothers just kidding when they describe the joys of motherhood, and one day they will tell the truth?”.