He inflicted the state a damage of 1.5 million euros. 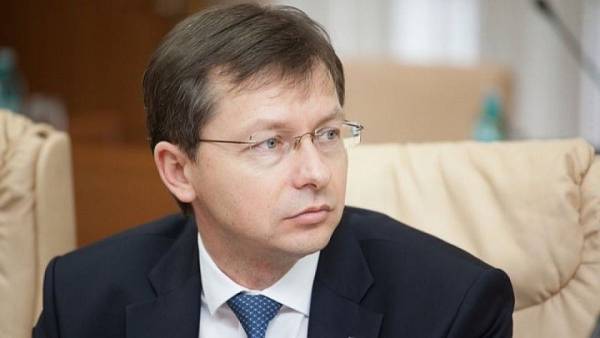 A former adviser Vyacheslav Negruta arrested on charges of organizing a fake tenders for the purchase of crusts for passports with an integrated chip. The Prosecutor’s office for combating corruption has confirmed the arrest of Vyacheslav Mamaliga, a former adviser to the Ministry of Finance, in the period when the office was headed by Veaceslav Negruta. Mamaliga is accused of abuse of power that led to serious consequences and damages in excess of 1.5 million euros.

“We’re investigating the legality of the conduct of tenders for the procurement of crusts for passports with an integrated chip. A criminal case was launched on 18 may 2017. The accused Veaceslav Mamaliga, which at the time was the Chairman of the interministerial working group to conduct these tenders, was detained on 3 April 2018, and on may 5 the court granted the request of prosecutors about the arrest of the accused for 30 days. 2 may 2018, the arrest was extended for another 30 days,” said to Ziarul National Anastasia Mihalceanu, press Secretary of the Prosecutor’s office for combating corruption.

Earlier the press wrote that in 2012 it purchased 1.5 million of crusts for passports from a company that asked for 9 million euros. In 2017 over the same number of crusts authorities paid only 5.4 million euros, and that was the reason for the start of the investigation. In 2012, the Ministry of Finance was responsible for contract negotiations on procurement of passport crusts. The office was then headed by Veaceslav Negruta, a protege of the liberal democratic party. The ex-Minister himself denies this, and denies all allegations. A former government official had previously been seen in another scandalous case. He was sentenced to 3 years probation in the case because of the questionable issue of compensation of damage to Pantelei Sandulachi, a former liberal Democrat and member of Parliament.