Russian hypersonic aircraft missile complex “Dagger” can be considered the main “killer of aircraft carriers” in the Pacific region — a weapon capable of making a defenseless American fleet and help Moscow and Beijing to reduce the military presence of the West in the Asia-Pacific region (APR), writes columnist for the magazine The Diplomat Abraham eyt. 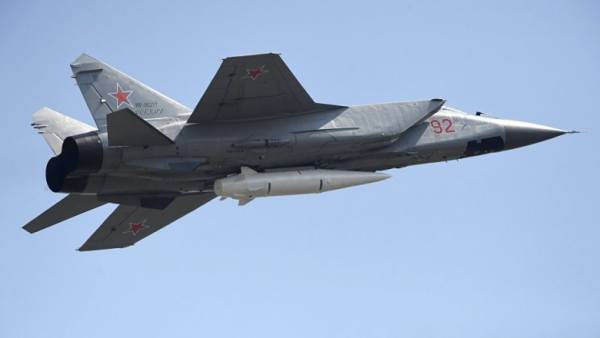 Shells of this type could destroy an American aircraft carrier from a distance of 1.4 thousand kilometers from the coastline of China, which significantly expanded the ability of Beijing to provide patrols of the South China sea.

In the United States Navy recognized its inability to defend against the DF-21D, and it forced Washington to behave more discreetly. To resolve a hypothetical conflict, demonstrative sending to a zone of carrier battle groups like the US did during the third crisis in the Taiwan Strait (1995-1996), the us military will not be easy. Now, in region can appear and the Russian “Dagger”.

“Let the DF-21D is unique and outstanding weapons, but in 2018 a major threat to American warships in the Asia Pacific region will be the new Russian hypersonic missiles “Dagger”, — stressed the Explorer edition.