Explosions in Indonesia staged a family with children

Bombed the churches in Indonesia were members of the same family, according to ABC with reference to the chief of the National police of Indonesia, Tito of Karnavian. 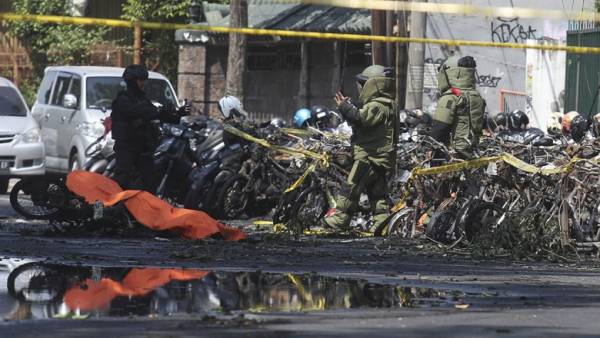 It is specified that the head of the family staged the first explosion by a car, his two sons of 18 and 16 years carried out the second blast using the bike.

The mother and children of 12 and 9 years held a third explosion.

Earlier it was reported that the death toll in the blasts in the churches on the island of Java in Indonesia increased to nine, 40 people were injured.

On may 13 the island of Java in Indonesia a series of explosions, was attacked three churches. The first explosion occurred near the Catholic Church of St Mary, resulting in the death of one parishioner of the Church and was blown up by a terrorist. Explosions also occurred in the Protestant Church in Jalan Diponegoro and Pentecostal churches.