In 2019 will be carried out conservation of the two unfinished stations of underground in Omsk — “Zarechnaya” and “Crystal”, will also be disbanded, the construction site on the street. 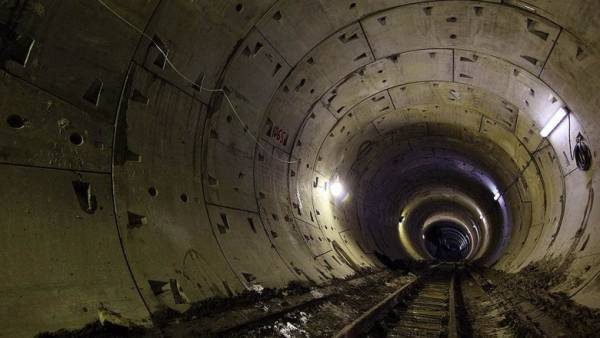 About it at session of the government of the region informed the Deputy Minister of industry, transport and innovative technologies Igor Lukyanov writes “Omsk-the inform”. According to the Deputy Minister, in 2018 it is planned to implement the conservation project of underground stations worth 80 million rubles. the Ministry of industry of Omsk region have appreciated the preservation of two stations in 300 million roubles, the First Deputy Governor of Omsk region Valeriy Boyko said that the area of Bogdan Khmelnitsky street and surrounded by parklands.

The first starting site of the Omsk subway was to connect downtown Omsk of the residential districts of the left Bank, ensuring unimpeded transit passenger flows to the Omsk bus station.

In the construction of all facilities, including metro bridge over the Irtysh river, in total already invested 14 billion rubles, the Completion and commissioning of all facilities requires about 22 billion roubles.

In December 2017, the regional government appealed to the legislative Assembly of the Omsk region with the request to approve the allocation of budget for the year 2018 of 800 million rubles for all activities for the preservation of the underground. “The results of the negotiations in the Ministry of transport of the Russian Federation, we see no possibilities to receive funding from the Federal budget. Metro regions are building, but at the expense of own funds”, — commented on the question that the acting Governor of the Omsk region Alexander Burkov.

According to him, the closure of two unfinished station complexes solve the problem of road junctions, will unload thoroughfares of the left Bank.