Moscow. May 11. INTERFAX.RU — the United States will support the economy of North Korea, if Pyongyang abandons its nuclear program, said on Friday the US Secretary of state Mike Pompeo. 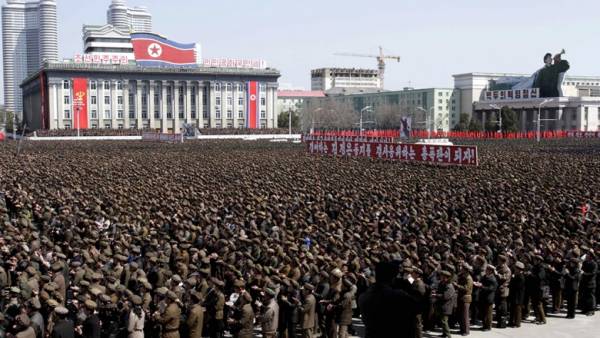 “The United States will provide economic support to North Korea if it abandons nuclear weapons,” he said at a press conference, commenting on the results earlier this week visit to Pyongyang.

Us Secretary of state also said that his talks with North Korean leader were successful. “We had a good substantial conversation, including on the subject of complex and profound issues and strategic decisions that Chairman Kim will have to take,” said Pompeo.

Earlier this week, U.S. Secretary of state visited the DPRK where he held a meeting with Kim Jong-UN and Kim Yong Cherom, head of the United front Department of the workers ‘ party of Korea, responsible for relations between the North and the South of the Korean Peninsula. Pompeo and Kim Yong Cher in Pyongyang have discussed the preparation of the meeting the leader of the DPRK and the US President Donald trump, to be held June 12 in Singapore.

Home the Secretary of state came back with three Americans released from detention in North Korea on order of Kim Jong-UN.